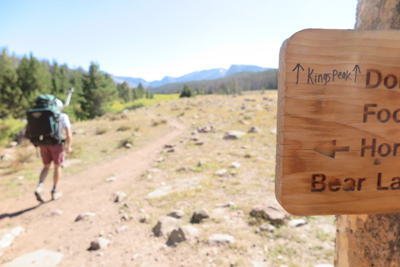 The lake was less than a half-mile away and there was still thirty minutes of daylight left, so one might think that our timing was perfect. But within that half-mile lay a heap of table size boulders, each one leaning precariously on the next, ready to shift with the weight of the next step. The night was going to catch us. 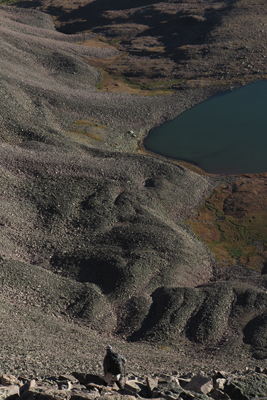 In hindsight, we’d have been smart to retreat from the summit of 13,528-foot Kings Peak, go back to the trail and descend in dusk. But from the eminence of Utah’s highest point, possibilities seemed endless. There was no going back, only forward, as perilous as that might be, toward our destination. 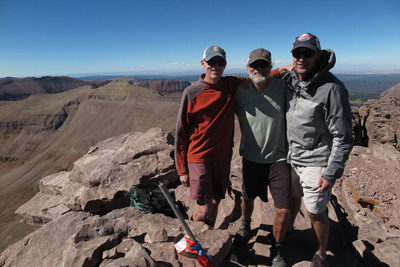 It was day two of Bill Barron’s senate campaign trek, leading across Utah from its highest point to its lowest in a bid to raise awareness about climate change, and maybe even get some votes along the way. A single issue candidate, Barron’s platform is carbon fee and dividend policy—the most practical and essential step our government can make toward slowing climate change. Bill hopes to gain ten percent of the vote this November, because ten percent has been proven to make a statement, and a difference. 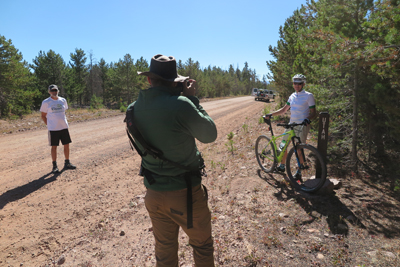 The current momentum of our changing climate will be around for decades ahead, but with carbon fee and dividend, scientists believe we can stop global warming at 3 degrees Celsius. That would keep ecological changes at a manageable level. It would at least stem the bleeding. 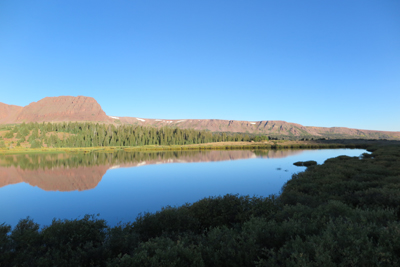 And that was just what we were doing now—in the fading light among the rocks—recovering from earlier questionable decisions, making the best of what was before us. We stepped carefully and slowly, knowing that pitching camp in the dark was not ideal, but it was infinitely better than breaking a leg at dusk, at 12,000 feet. 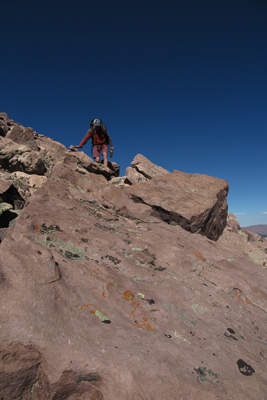 The five of us gathered at the lake as stars emerged, got warm food in our bellies, then hunkered in for a night of 60-mile-per-hour wind gusts. At first light we got below treeline, and birds chirped beneath a warm sun. Like humanity might do, we had stumbled, and then recovered. The way ahead was long, but achievable, so we strode out of the mountains with purpose. It was the only way out. 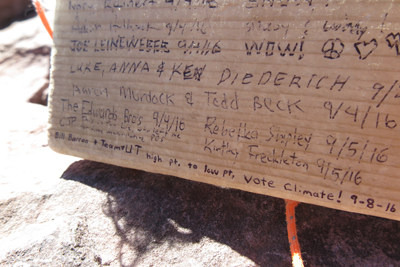