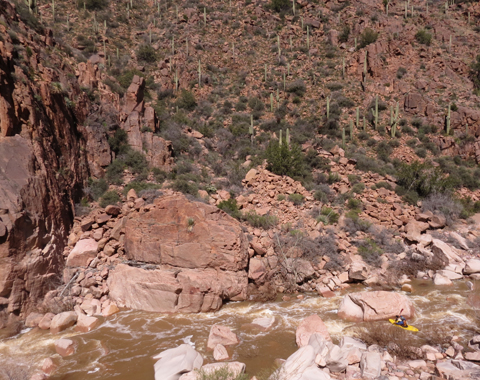 Arizona: Marginal to Optimal. Flagstaff icon Steve Garro came up with this maxim, and it was never more true than over the past two weeks. With barely a patch of snow in the high country and record high temperatures falling daily, water-based recreation in Arizona looked terribly marginal. Then came 1.5 inches of moisture in a rain/snow mix. The rivers responded, and the powder skiing was deep. Later in the week, a 3-day storm dumped another 4.2 inches of precip on the Flagstaff area, and it was game on. Suddenly, things were optimal. 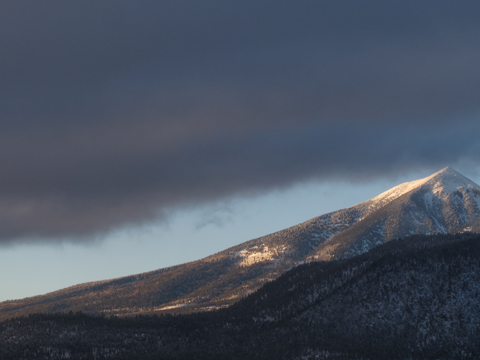 When rivers are rising, it can be difficult to find a stream that isn’t completely out of control. On March 1st, Upper Rattlesnake Canyon fit the bill. It was high, but not TOO high, we surmised. And although this would be a first descent, it wouldn’t be too hard, we conjectured. 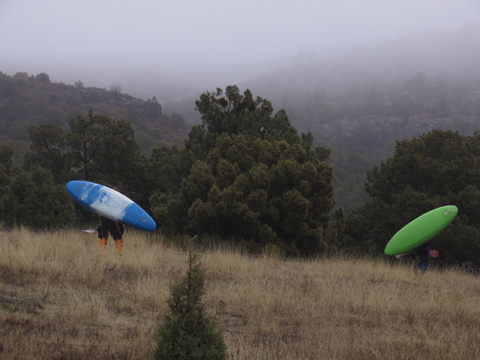 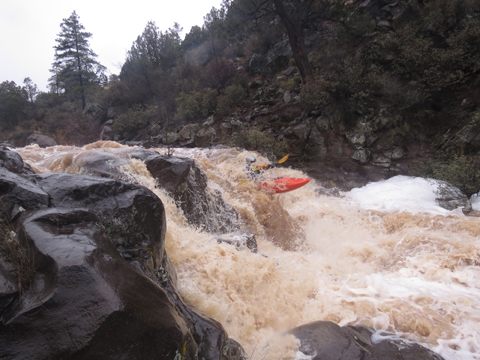 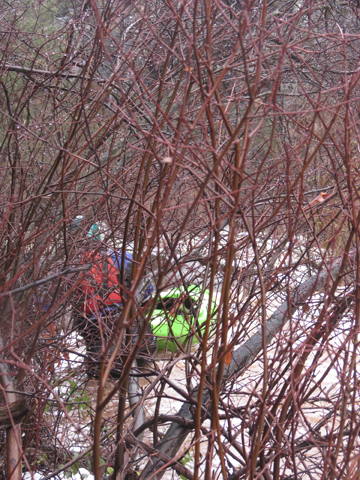 Just when things seemed desperate, the Hunting Tank Fork entered. The gradient decreased along with the brush, and the small river dropped through several bedrock sluices. Upon take-out, we marveled that nobody had ever before run this fine piece of water. But indeed someone had. At home that night, I got a phone call from “Chevelon” Bill Langhofer. It seems his party (Langhofer, Mike Mijuskovic, Ryan Fair) were an hour ahead of us. They had driven in a different road, and launched at the fork, where the paddling got good. In doing so, they notched a new Arizona run, perfect for those rare days when the water is a bit too prolific. 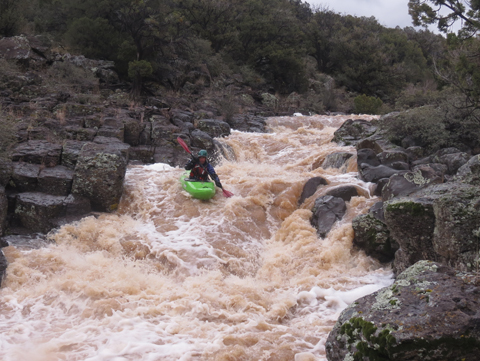 Despite multiple attempts, it had been several years since I’d paddled the East Verde River, so while creeks raged near home, Pat Phillips (with whom I’ll be traveling to Mongolia this summer), and I slid down the low river. 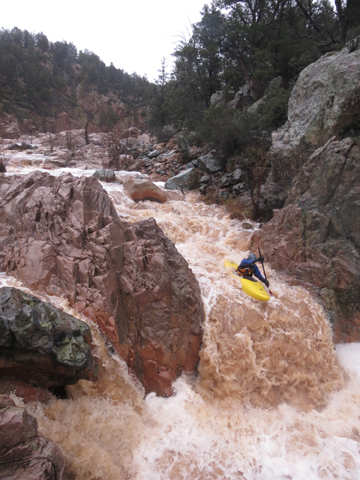 The East Verde is a fine class IV run, but true Middle Earth beauty exists in the depths of Tonto Creek’s Hellsgate. One of the finest multi-day kayak runs in the Southwest, this was our mission as the storm cleared. 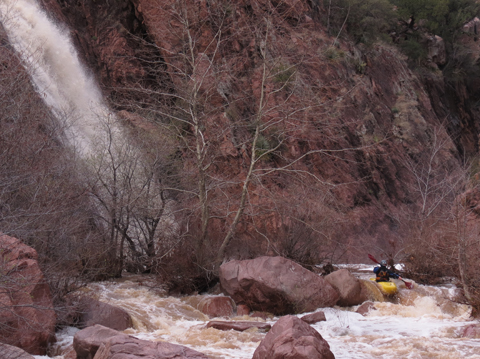 The Hellsgate run flows through several gorges, and its namesake cleft—Hellsgate—is one of the most challenging to pass. This year it is especially spicy, with a log placed in the runout of the last rapid. 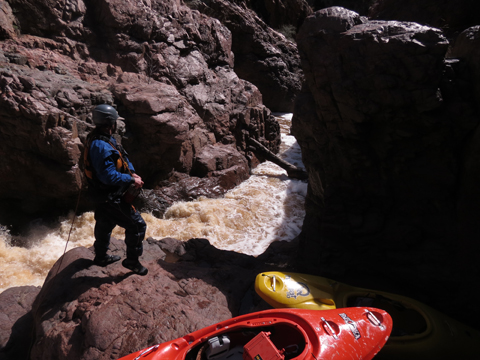 By our third day, the water was lower, but still at a moderate level for the Last Hurrah Gorge. 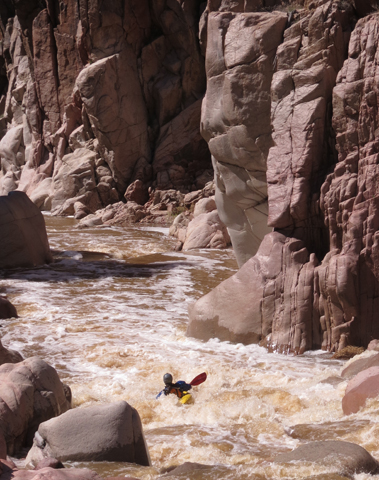 Per usual, the portage option at the last drop looked much scarier than the paddle option. So after a scout from high above, we returned to our boats and paddled off the lip to see what might come. Deliverance to a big calm pool was our reward, beyond the GATES OF HELL!!! So optimal. 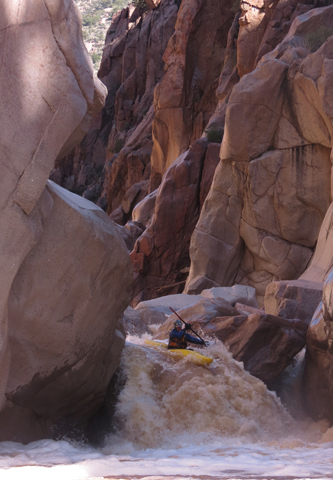