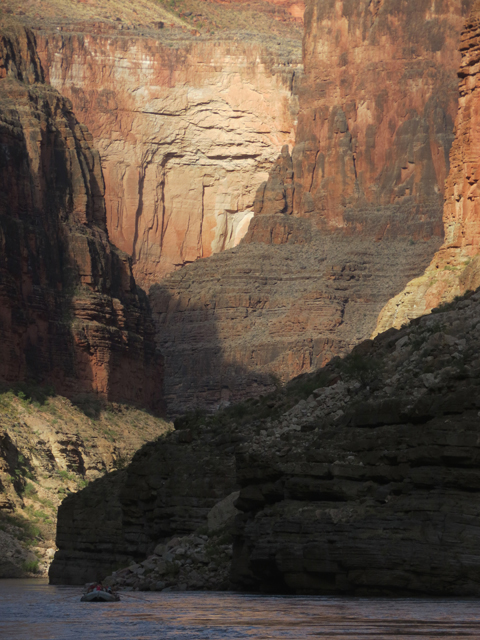 The creek gurgled softly, reflecting a trembling light on an overhanging roof of limestone. Here we sat, backs resting on shelves of the polished gray rock while contemplating Ed Abbey’s words, the river, the cliffs that soared beyond our view, the whole river trip experience. Fifteen high school youth, a few scientists, and several boatmen who liked to call themselves “sub-adults,” calling on a scientific terminology heard regularly throughout the course of a day, as we classified endangered humpback chub. And if we boatmen were sub-adults, there was one super-adult among us; a mother, executive, and United States cabinet member. Some would have called her Secretary Jewell. We called her Sally. 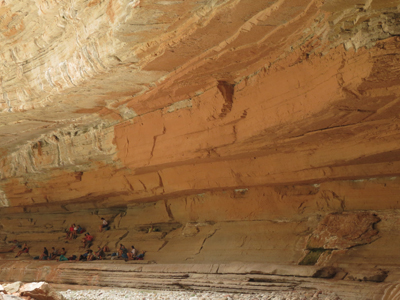 A woman of considerable outdoor experience, it surprised me to learn this was her first multi-day river trip. Quite the one to pick—the Grand Canyon’s lower half—where the first day saw three boatmen swept from their seats in the surging peaks of Hermit Rapid. The secretary picked this trip, a Grand Canyon Youth / USGS joint venture, because her own journey had been profoundly shaped decades ago by an adventure youth program, and because science, education, and the natural exuberance of youth filled the evenings, rather than five-star meals and cocktail hour. 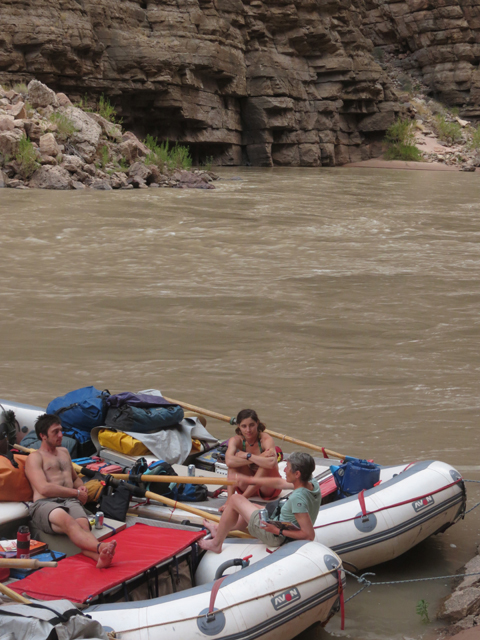 At times she presented as a politician, holding court on policy, offering vignettes of life in Washington D.C.; but mostly she was simply one of the crew, eager to help in the dish line, willing to learn the secrets of Dutch Oven cooking, ready to hold a bow line. When the indefatigable youth engaged in an evening abdominal workout, Sally was all-in, holding plank position with the teens at 60 years young. 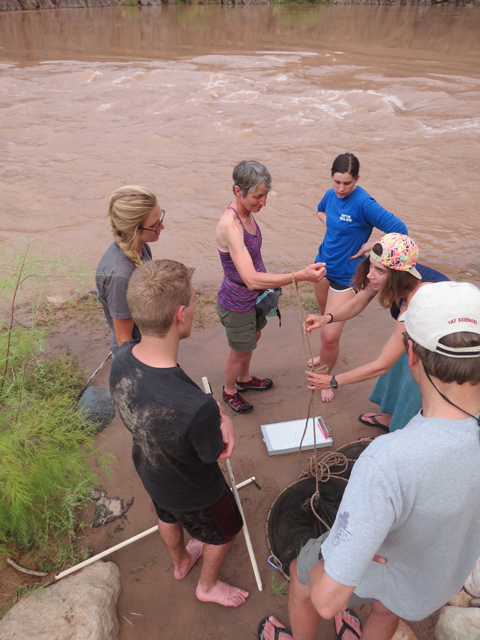 The earnest and sometimes naive inquisitiveness of teenagers must’ve been a refreshing change from the entrenched attitudes of D.C. When else does the Secretary of Interior get asked, without judgement, “what makes you qualified for this job?” Those of us who overheard the 15-year-old’s query got a chuckle. The curious teenager got some insight into the makings of a cabinet member. Sally, maybe, got a fresh perspective on the honorable responsibility of her position. 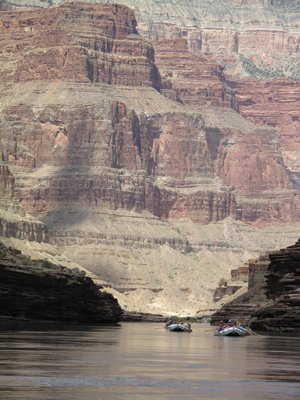 Answering questions is a normal day’s work for Sally, as is making speeches and listening to a hundred different agendas, so when she slipped away early from our contemplative limestone overhang, I gave her a few bends of the canyon before following, at some distance. Every ten minutes or so I would see her far ahead, a puny figure beneath inconceivable millions-year-old canyon walls. I supposed she was thinking about her ensuing presentation at the South Rim, but I hoped she was simply experiencing the awesomeness of it all, taking a break from thought, feeling that spiritual connection to nature that is more powerful than any policy speech. 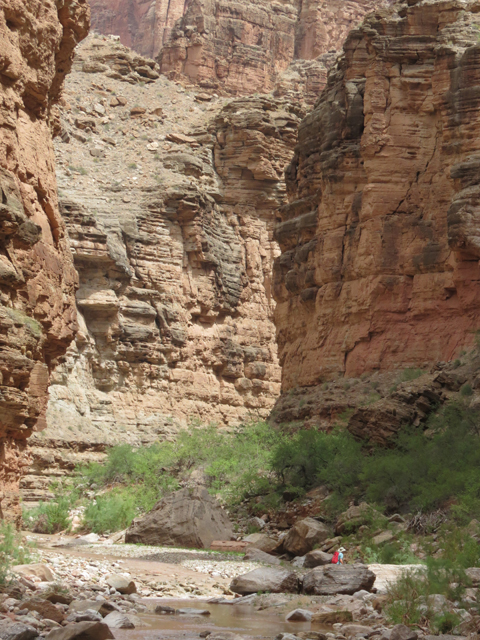 It seems Sally was doing a little of both, because a day later she finished her talk at the park with a haiku, penned during a period of quiet among high school kids and sub-adults, under a dancing limestone roof. Who knows if this moment of reflection will influence national policy before Secretary Jewell’s term expires. Either way, our world must be a better place for it. 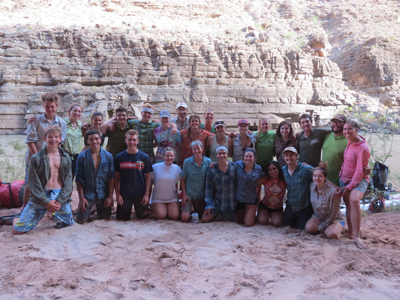