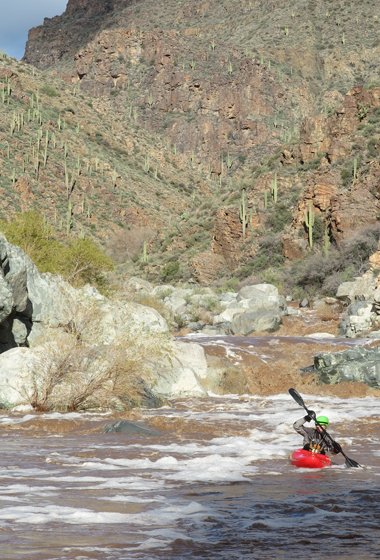 This BLOB brought to you by Funhog Press.

The gauge read 1,200 cfs. The roaring brown torrent before us was easily twice that. We might have hiked back to the car, but here we were, with boats—and portage shoes. Thus began a high water descent of the Agua Fria. For the record, John Govi, Jonathan Olsen, and I walked around all the named rapids, with eleven portages total. Of course there was plenty of action between the portages too. Check out Govi’s helmet behind the pulsing wave in the photo below. 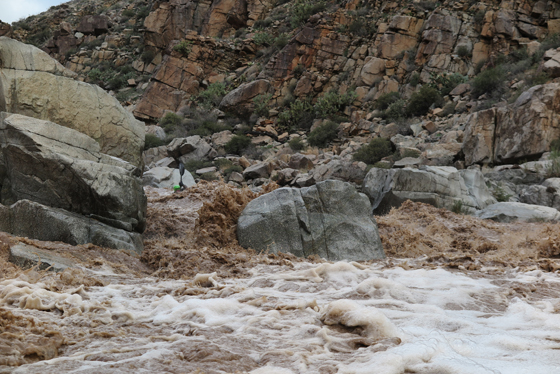 And still it snowed, and rained. What is a paddler to do but dig out, and go kayaking? Into the whiteness drove West Howland, Ted Decker, Tom Herring, Dave Sherman, and myself; bound for moving water in central Arizona’s Sierra Ancha.

Spring Creek is a major tributary of Tonto Creek, entering two-thirds of the way through the Hellsgate run. It always looked intriguing from the mouth, but to catch it with an adequate flow meant committing to lower Hellsgate at a MORE than adequate flow. Theories of hydrology would be tested with this first descent. 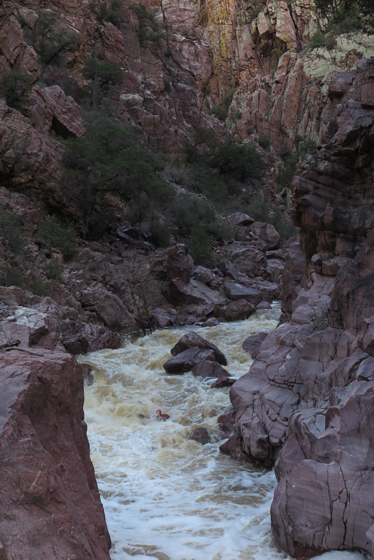 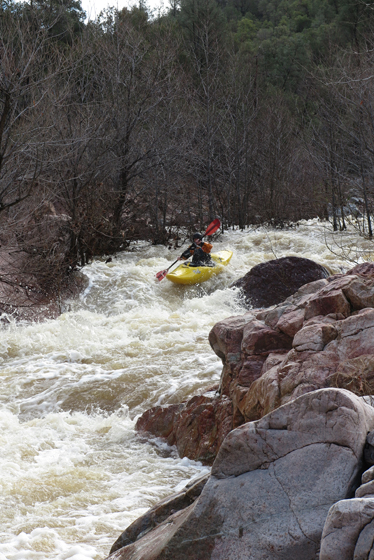 At about 3 pm, bedrock returned. A gorge formed. Class V rapids, scouting, portaging, and darkness ensued. We scratched out a camp by headlamp. 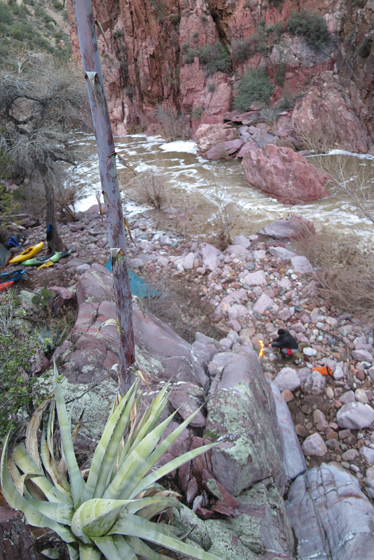 Frozen drysuits were donned without the warming sun ever reaching our gorge camp. Spring Creek was now low, but Tonto was still high. We found the extra water quite nice. 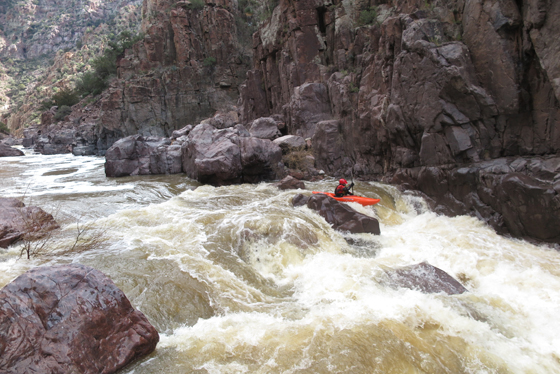 But another harried evening in a gorge was not high on anyone’s list, so we camped early this time, at an all-star beach. 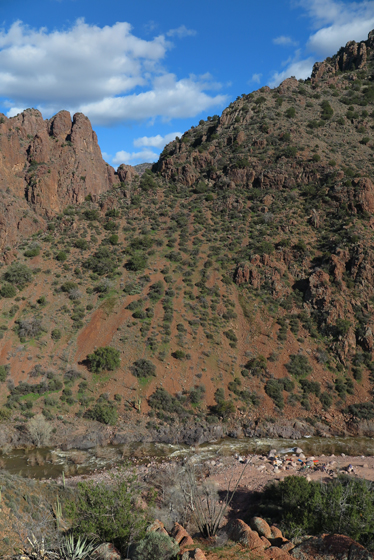 Exit from the Last Hurrah Gorge is guarded by a stout rapid. At high water, it’s extra stout. I’d always wondered about the portage options here, and now was my chance to learn more about them. 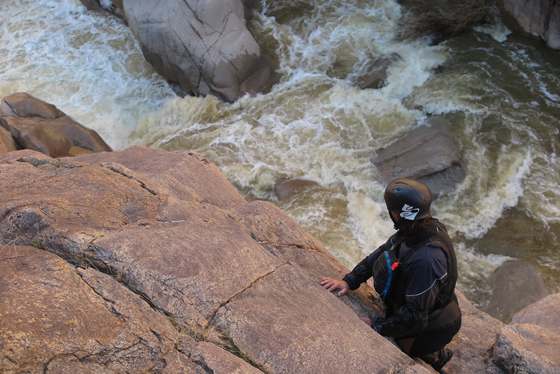 A rope ascent, a traverse, and a rope descent had the boats past the drop. Not too brutal, but time consuming. Good thing we didn’t charge in here at 4 pm. Good thing we DID rally out of town in the snow. 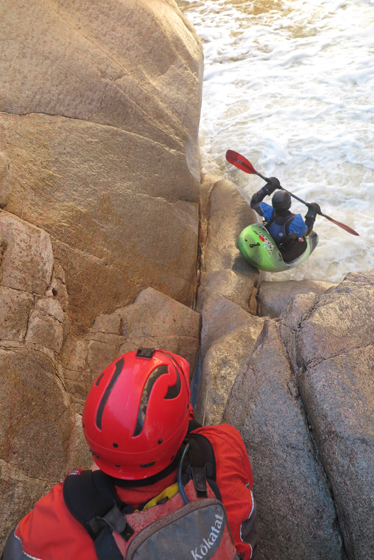