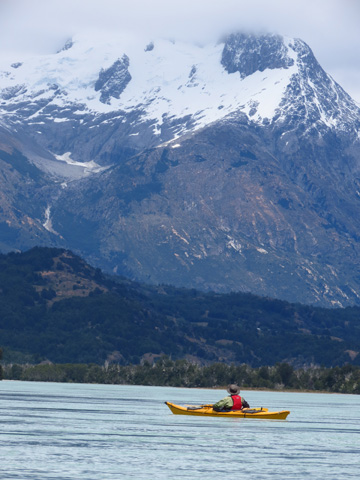 I had written about it’s whitewater canyons for over a decade, heard about its possible damming for years, and paddled with the locals who know it best in recent months. Somehow, I seemed fated to visit Chile’s largest river, the Rio Baker. 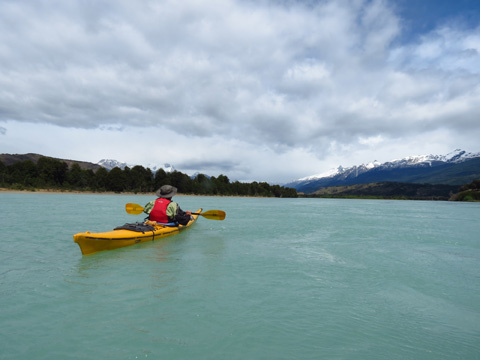 Weston Boyles gave us a lift out of town to the put-in, where we launched beneath a spittle of rain. The next morning, however, brought broken sunshine. Lisa loosened up for paddling with yoga on the beach, backdropped by the gringo-coined mountain of “Tres Picos.” 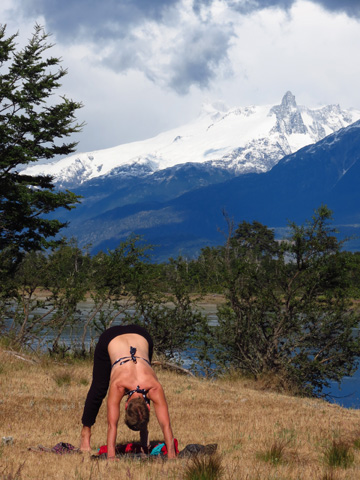 Two hours downstream was the Rio Colonia. This is where the GLOFs of the Baker originate, sending floods twice the volume of the river downstream. The volatile nature of GLOFs is a serious threat to any dam that might be constructed downstream, and the glacial floods have been happening more frequently in recent years, most likely a result of climate change. We walked across the wide sandy bed of the Colonia, hoping the wide channel would not fill with flood waters just then. 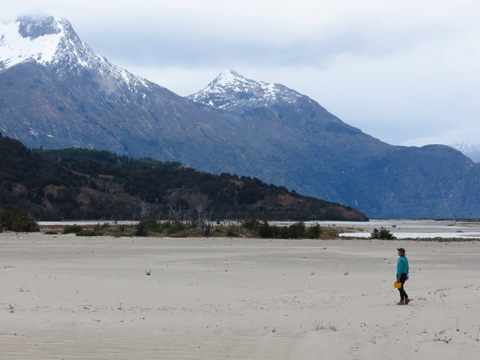 That evening, we followed the river out of the upper valleys into a mountain setting. A granite basin spilled three waterfalls above camp, but our scenic reverie was kept in check by gusty winds that swept through camp, making our cooking fire erratic. I left the meal to Lisa and began harvesting sand to bury the edges of our tent so it would stand securely in the tempest. Just as I completed this task, the wind died. 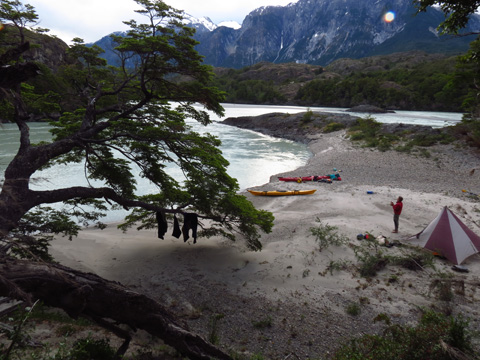 During the night, rain started. By noon, the 12-hour shower abated, and we launched amidst patches of brilliant sunshine. 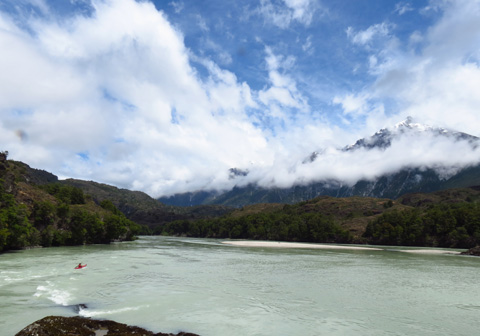 “We are paddling the river,” I said in imperfect Spanish. Enrique invited us into a weathered wood shake house where we sat around the ubiquitous Chilean cook stove. We offered gifts. He stoked a small fire and prepared matte. The tea ritual is an important ceremony in remote Patagonian ranches, or “campos” as they are known. The water temperature must be just right. The order of service is calculated, ladies first, then around the circle. When one is finished, but not until one is finished, they are to respond with a “gracias,” or “muchas gracias,” or in the case of the very remote homesteads, I found, one must stand with some ceremony and reply “muchisimo gracias senor.” Then, and only then, will the communal silver straw of caffeinated drink stop coming your way. 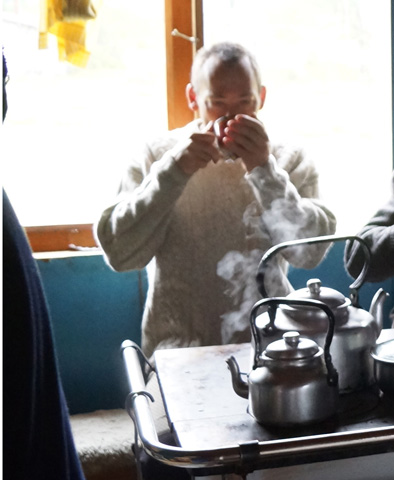 Enrique told us that there was a waterfall just a 15-minute walk from his house. We followed a black water line laying on the ground to a cobble debris fan that buried tree trunks. Enrique said the flood happened 50 years ago, when the lake one thousand feet above us over-spilled. At the falls, he urged us close, where the encompassing spray blasted us wet. 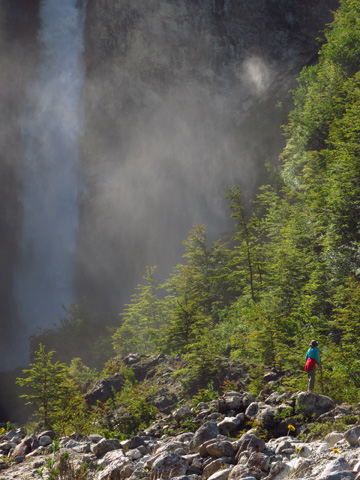 On our return, we paused to look across the Nadis Valley, which will be inundated by the reservoir behind the Baker #2 Dam, if it comes to pass. 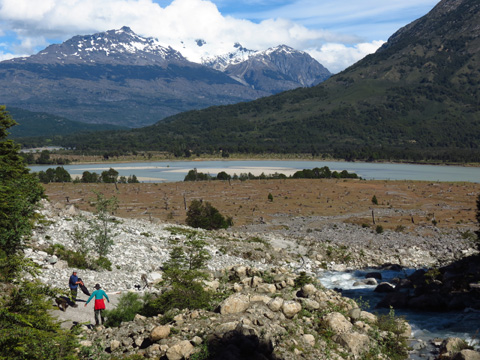 Lisa paddled into the wide confluence of the Nadis. We plowed into an increasing river wind, trying to imagine placid reservoir water deeper than the treetops on shore. 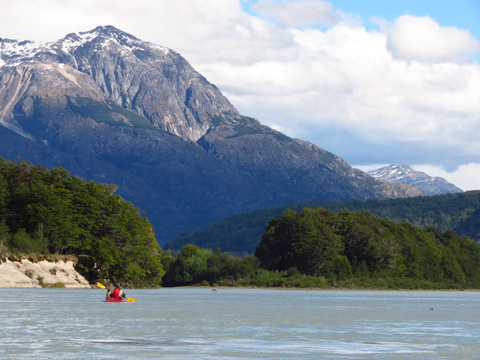 Like Ishi Pishi on the Klamath, Bridge River Rapid on the Fraser, or Celilo Falls on the Columbia, El Salton of the Baker is a place of huge energy, a threshold of upper river and lower, that place where river makes it’s charge through mountain. The dam would be built here, near the top of the short gorge. 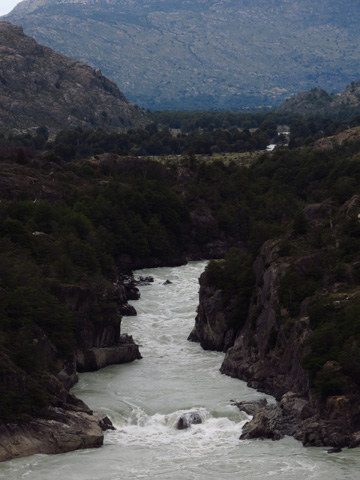 For us, it was a three-trip portage, a full kilometer hike undertaken with two empty boats and a load of gear. By the time everything was at the far end, it was late afternoon. This was the wildest place on the river, with all the energy of the Baker being released at our doorstep. We decided to call it camp. 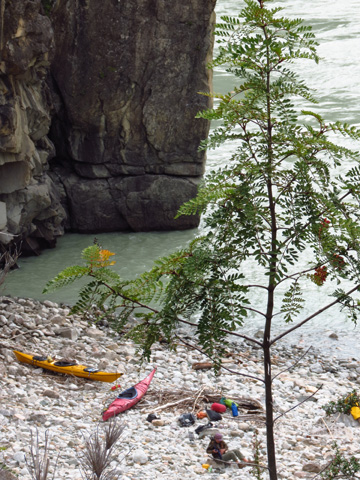 Tomorrow, we would ride the restless pulse of El Salton into the misty mountains of the lower Baker.