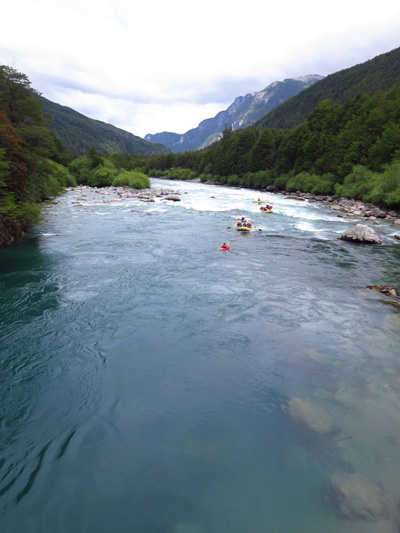 This blob brought to you by Funhog Press

Half-awake, I gazed at passing countryside reminiscent of Washington’s Skagit Valley. After a few hours on the paved and empty highway—the best kind—Samuelo, an Escualo, turned onto a narrow dirt road. A shortcut? No, just another leg of the still-developing Carretera Austral, Chile’s national southern highway. Patagonia was giving me civilization cravings. 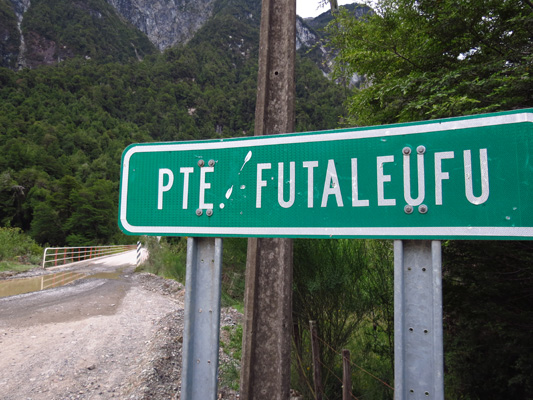 Arriving at the Futaleufu was a strange, ethereal experience. Having referenced and written about this place for so long, I had created a vision of the river and the surroundings in my head. Now that I was actually there, those ideas were shattered. I was presented with a reality that was quite different; beautiful, but different. It felt as if I were playing an unnatural role in my own dream. 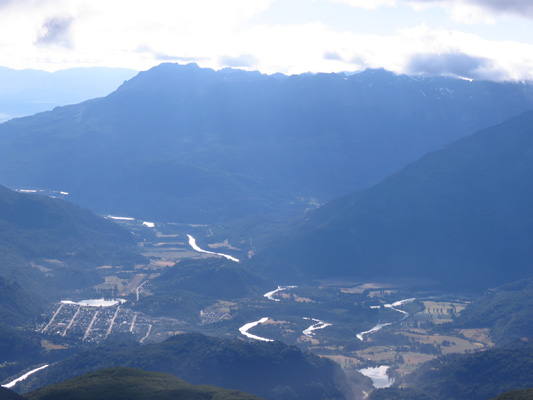 Paddling big fun challenging whitewater like the Futaleufu gets a hold on people. Lives revolve around this place, the paddling, and the river. Josh Lowry is the embodiment of this, and his small dedicated crew are disciples. Twenty-eight-year-old kayak junkie Joey Simmons is keenly aware of his  position in Lowry’s wake. “I’m here for the Josh Lowry experience,” he says with hardly a trace of sarcasm. Of course he’s here for the paddling first, but his Lowry association is cherished. 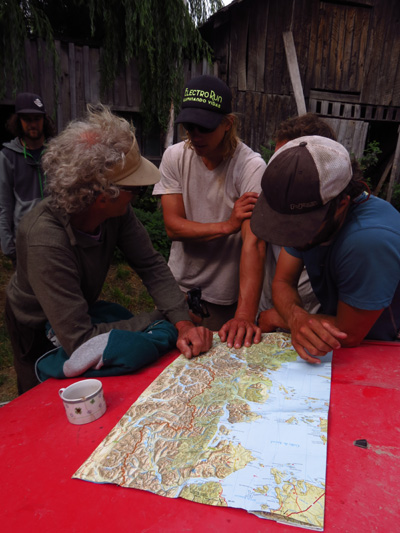 Presently, Josh’s team is fired up on business strategies for their living-legend boss, whom I wrote about in issue #36 of Kayak Session. A switch in company name could be on the horizon, from the current “Futaleufu Explore” to “Futaleufu Experience.” The guides seized on the marketing possibilities immediately, scanning the Internet for Hendrix-esque company T-shirts. A new advertising tag-line was obvious: “Are you experienced?” 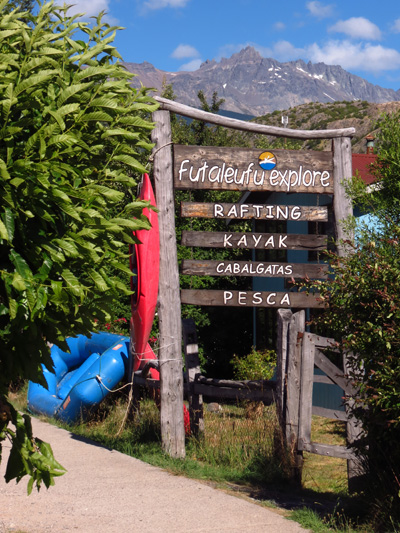 I joined the boys for some experiences on the powerful Futaleufu, but my attention could not be strayed from a craggy spire above town. I had yet to reach the high country of the Andes during my visit to Chile, and the spire, called “La Teta,” beckoned. After following a caballero’s horse trail out of the valley, I camped on a flat of compacted volcanic ash, left overs from the Chaiten eruption that made international news several years ago. 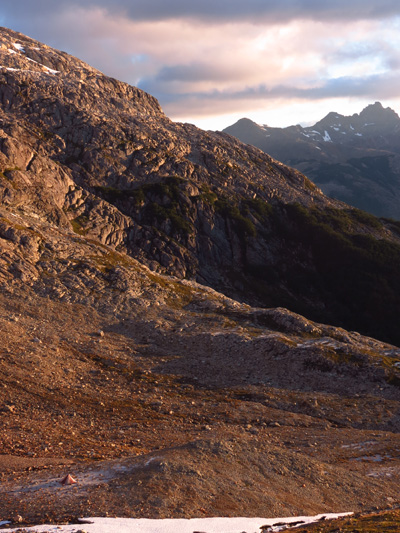 On the summit of La Teta the following morning, I watched clouds waft through an array of snowy Andean Peaks. As I left the summit, a whistling sound drew my attention to a condor hovering fifty feet overhead. 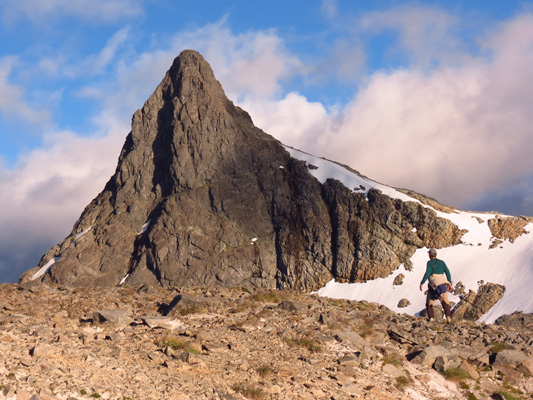 Farther down, a hawk buzzed me three times as I emerged from the forest onto an open ridge. I thought it quaint at first, but then it nearly knocked me over with a high speed fly-by, and swooped once more when I wasn’t even looking. After that, I got my camera case ready to swing and knock it the hell out of the sky if it came in again. 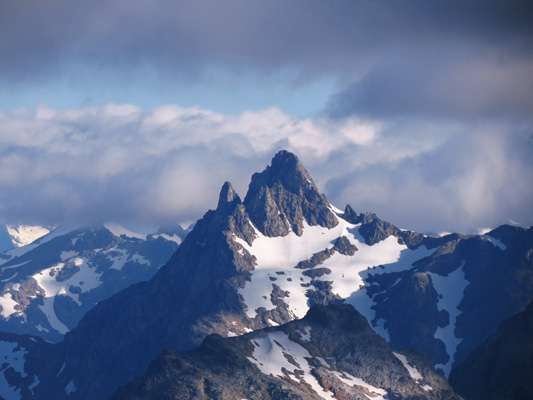 I spent a week in Futa before continuing north by bus to Chaiten, and then air to Puerto Varas, and the lovely Margouya 2 Hostel. One last paddle on Llanquehue Lake treated me to a rainbow over the water, luring me back to beautiful Chile before I’d even left. 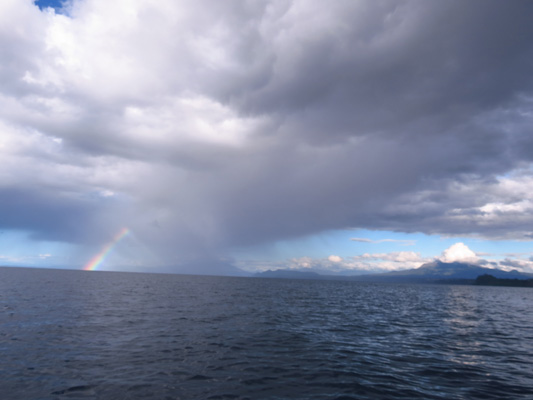