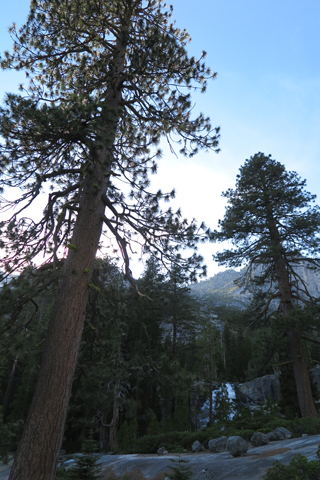 Lunging up granite steps in the trail, I was glad to have nothing but a skinny day pack, but I couldn’t help thinking about carrying a loaded kayak. This was the trail to Bishop Pass, and the Middle Fork of the Kings River. It’s a run I have never done, but it must be the ultimate whitewater journey in North America—8,000 vertical feet in 50 miles from the high Sierra to the low foothills. I reflected on Doug Tompkins, millionaire philanthropist and total badass who made the first descent of the river in 1982. I wrote about Doug’s last kayak trip, and his environmental legacy, in this summer’s issue of Canoe & Kayak magazine. Life for someone like that is so full and long, but also so short, at age 72. 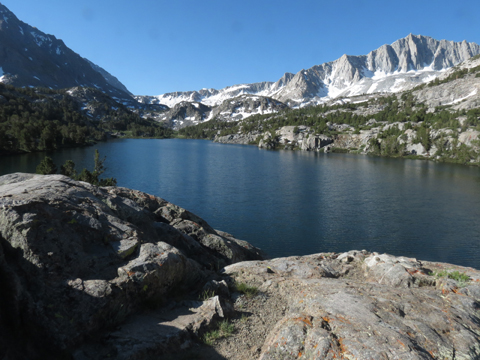 The Sierra was not my mission, however, I was en route to the Klamath River Mountains to research a story for American Forests. First stop: Duck Lakes Basin, and the greatest conifer assemblage on the continent, maybe the world. I counted 17 different  species, and probably just didn’t hike high enough to find the 18th. 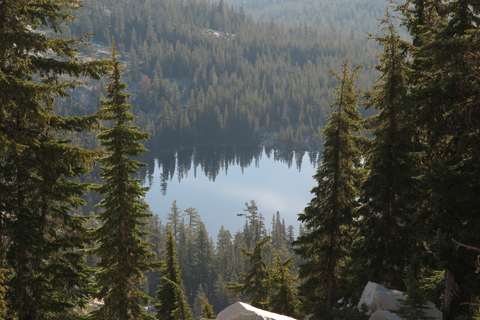 Pack rafting on the South Fork of the Trinity brought me to an outstanding grove of Pacific yews, slow growing little trees that natives favored for fishhooks, and scientists once coveted for their cancer fighting chemicals before artificial laboratory reproduction was developed.

The Klamath Knot, coined by author David Rains Wallace, is a mountainous redoubt in northern California and southwestern Oregon containing 38 different conifers. The only place on earth with more is New Caledonia, in the South Pacific. 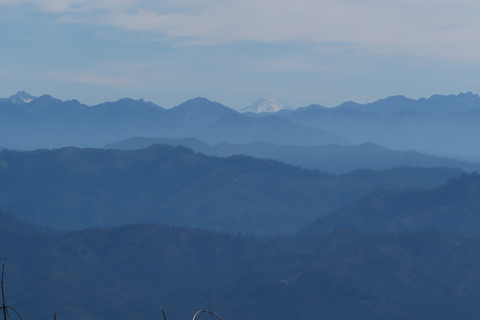 My last destination within the Knot was the Trinity Alps, and a stunningly beautiful drainage called Canyon Creek. With national park-like scenery, the word is out, and I passed at least 60 backpackers coming out of the basin over the 4th of July weekend. Still, the place wasn’t terribly trashed. Impacted, yes, with some curiously deposited toilet paper and random trash, but I was thankful the forest service hadn’t implemented a permit system, otherwise I’d have been a criminal, or not there. Education, not regulation, is my credo for such environments. One day following the holiday, mine was one of just a few camps in the valley. 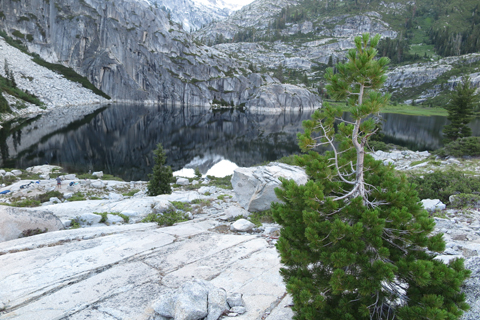 I woke to a tumbling mountain stream before hiking out to meet my friends for an afternoon run on the Trinity River’s Burnt Ranch Gorge. Three years in a row of paddling class V on my birthday! I sense a streak starting. 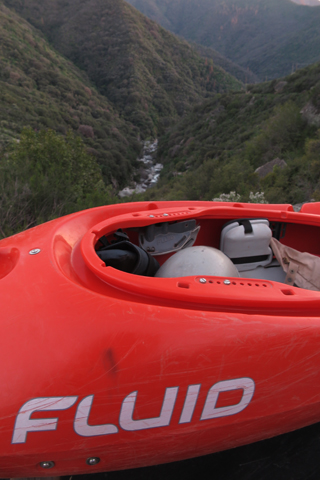