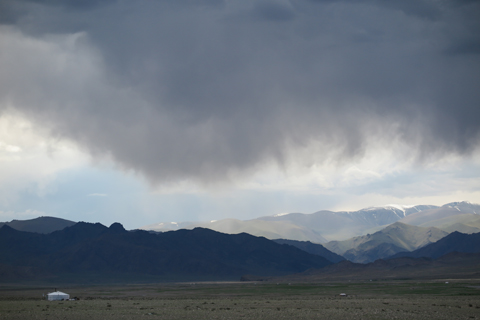 This blog brought to you by Funhog Press and MRA

Launching on the swift Buyant River, we were uncertain whether we’d see the vans later that evening or not. They had a long unknown shuttle ahead, crossing creeks and tracing old horse paths with tire tracks, thus qualifying them as roads. We paddlers packed sleeping bags, and extra snacks. 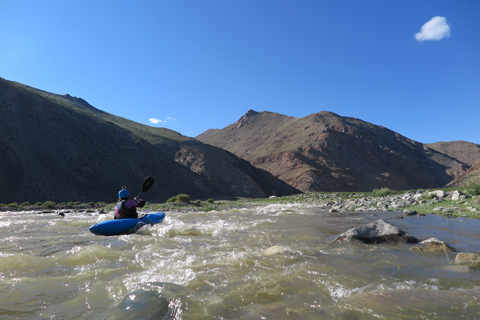 The river braided past rocky bluffs and opened into a valley where young men rode their horses and an old woman in a del whipped at some recalcitrant goats. We lounged at the rendezvous point in warm evening sunshine, placing bets on the vans arrival time, or their non-arrival. To our relief they pulled in at 7 pm. Jess was the big winner. 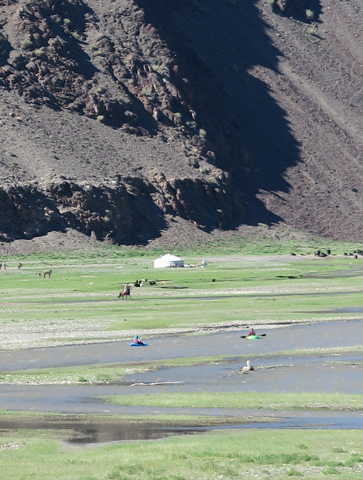 Driving into the town of Hovd, there was much conjecture as to the availability of hot water. Bulgaa explained that there was hot water from the town’s central plant in winter, but not in summer. I puzzled over this for some time before the obvious answer struck me. There simply weren’t enough resources—energy, man power, money—to dedicate to the luxury of hot water in summer, when it wasn’t a matter of survival. Still, our hotel claimed to have some. Pat Phillips persevered to find the one shower, and the one hour, when steamy liquid flowed. Impatient, I bathed delicately, part by icy part. 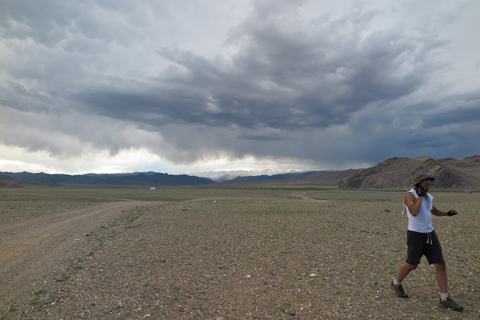 At the airport we said goodbye to Merida, Jess, Pat Welch, and Bulgaa. 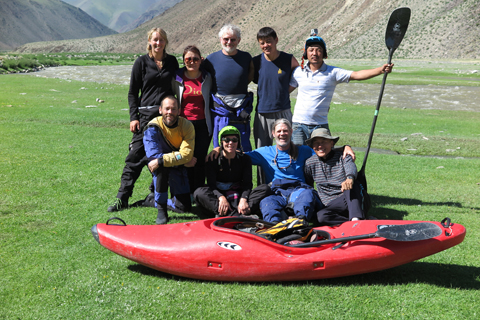 Phillips and I climbed into Akhtilek’s van, following Nurca and Jenke in theirs. At the edge of town, a young guy in a T-shirt pulled a rope barrier at some sort of checkpoint, and we sped off on a paved highway. It turned to dirt in about 200 yards. Five hours later, the pavement returned, and the town of Olgy burst into view, a panoply of colorful Russia influenced rooftops filling the valley bottom. It was obvious that Islam was a player here. Women wore head scarves and mosques appeared behind roadside walls. We turned down a pot-holed street and into an alley where a blue gate slid open revealing a grinning shirtless man. This was Bulgaa’s brother, Jagaa. Together, we would search the Harhiraa (Har heer a) Mountains for whitewater. 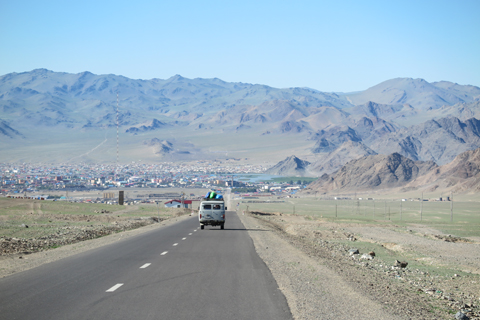