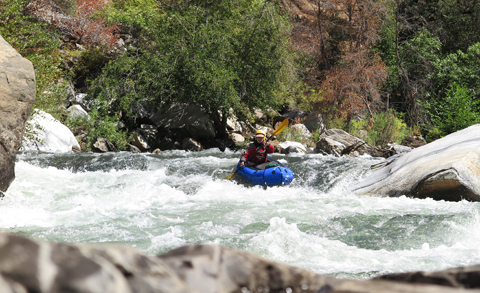 This bit’ o blobbin brought to you by Funhog Press.

Despite what the Internet said about reliable flows in the Tuolumne River, I couldn’t squelch a sudden rise of panic when the forest service clerk said, “You know the water is gone for today, right?” There was nary a patch of snow in the Sierra. Why would there be water in the river? Still, we pressed on, content in the fact that we Arizona paddlers can have fun on the most diminutive waterways. 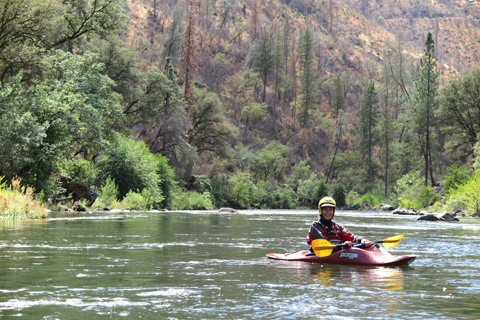 California’s river plumbing produces ecological disaster for many environments. In late summer of a drought year, it also provides a recreational opportunity where there wouldn’t otherwise be one. That worked for us. At the put-in, I ran into Richard, the ex-ranger on the Tuolumne. Two years ago, we’d met in Futaleufu, Chile, in the backyard pad of river legend Josh Lowry. Richard told me the river was only dropping to roughly 700 cfs between pulses of 1,200 cfs this season. This was good news. With one kayak, and one Yak pack raft, we launched on the cold clear Tuolumne, a river Lisa had never run. It had been 16 years since my last visit. 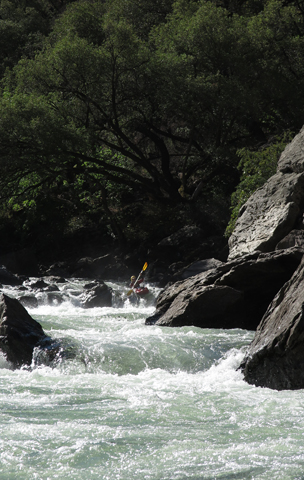 Pack rafting was unknown to me back then. Now it is fast becoming my river craft of choice. I was duly impressed with how the Yukon Yak handled the class IV rapids, catching eddies and dodging holes with perfect ease. On day two, we traded boats, and Lisa decided to give the little raft a test by center-punching the frothiest hydraulics. 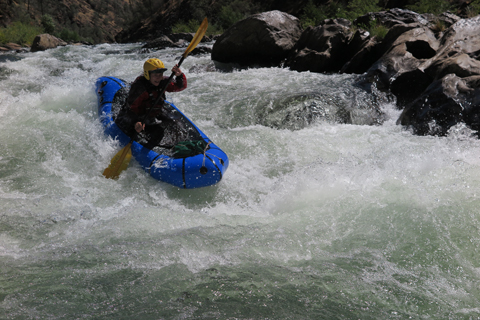 At the first hole, she gave a valiant performance, riding the inescapable pocket for a solid minute before flipping and swimming downstream, through a few flushers and into a gorgeous green Tuolumne pool. The raft surfed for a couple minutes before catching a lucky break and flushing out. At the second hole, the ride was shorter, but no less dramatic. 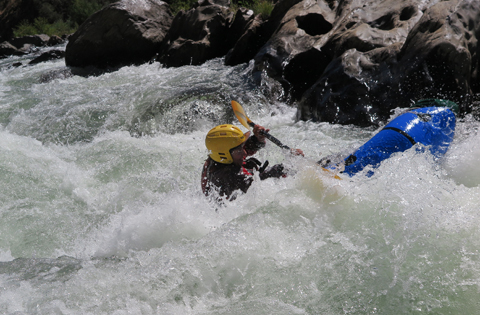 What better way to cool off on a hot day than in the chill waters of California’s most iconic river? 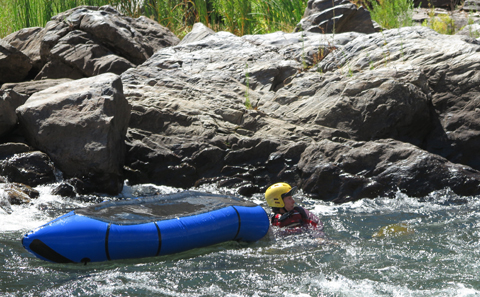 At the take-out, the beauty of pack rafting was again readily apparent as we watched the big rafts winch straight to the bridge, heavy and hot. Our pack rafts rolled into a neat bundle before getting tossed into the back of the car, ready to move on to the next adventure. 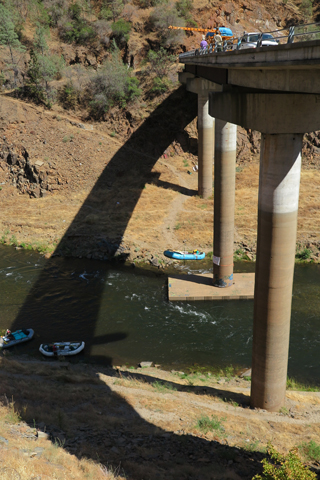