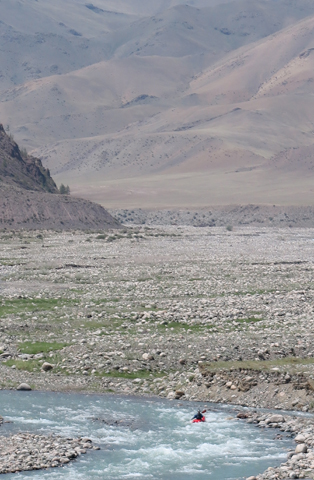 This blog brought to you by Funhog Press and MRA.

Cresting a range of desert hills, a broad swampy lowland opened before us, prompting Jagaa to proclaim, “I think you’d die from mosquitos down there.” The thought of a breakdown in these lonely barrens crossed my mind just then, and the swarming marsh took on a sinister aura. I rattled along in the passenger seat feeling detached, like I was a character in a Lord of the Rings remake, powerless to my fate amid the spooky mysticism of Middle Earth. 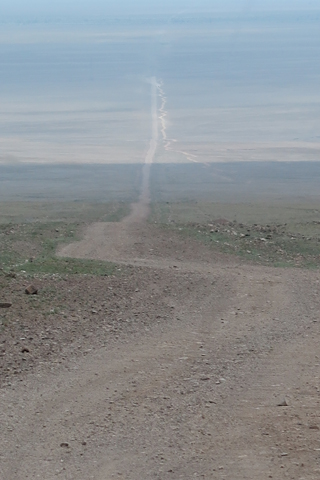 We rattled past the death zone of skeeters cleanly, following a road that wasn’t on my map. Almost imperceptibly, the desert was replaced with foothills of rolling green steppe bathed in late evening light. 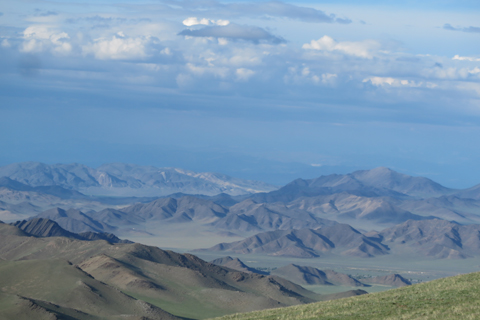 With no shade for miles, the morning sun rousted us too early. We all gave up on sleep and climbed inside the jeep to creep up the Harhiraa River, an unknown blue line on the map that held paddling potential. As we hesitated at a deep crossing, Pat implored, “Jagaa, there’s no pressure to cross this river.” Jagaa sighed, then declared, “It’s okay.” We rolled in. Water seeped through the doors. The jeep buckled, but kept crawling out the far bank. We cheered. 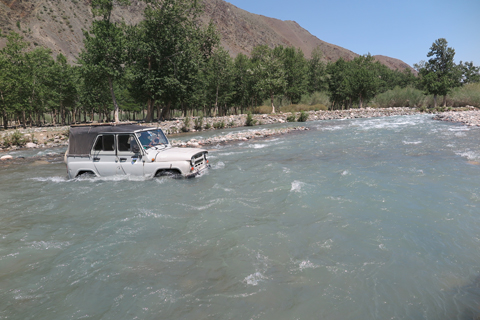 The Harhiraa ran a light glacial blue, speeding down a broad cobble floodplain. Pat and I zoomed along, dodging shallows and sprinting for the occasional surf wave. 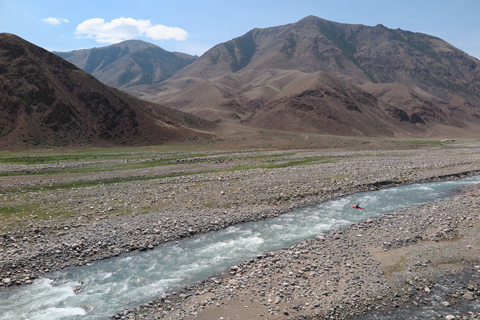 Across a huge valley and through a mountain gateway, we stopped to cool the radiator as a motorcycle horse herder pushed past. He stopped to share a drink of water, thirstily gulping beneath a Life is Good ball cap. 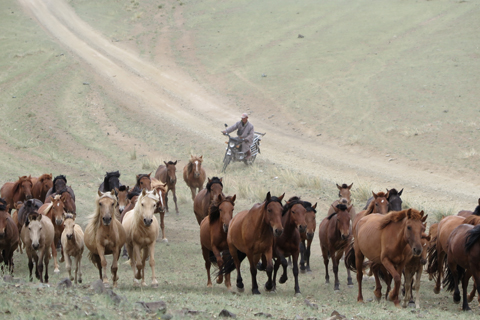 Back to the lowlands, it was again time to cool the engine. Pat and Jagaa set up the stove to boil ramen water. I went for a walk, listening to booms of thunder over the mountains of Russia, rising blue beyond an inland sea surrounded by sand. The arid landscape offered familiarity for me and Pat, the desert rats, but it also whetted our appetites for the glaciers and green meadows of Tavaan Bogd Park, and the highest mountains of Mongolia, our next destination. 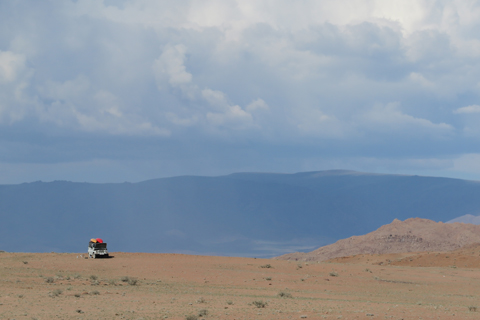