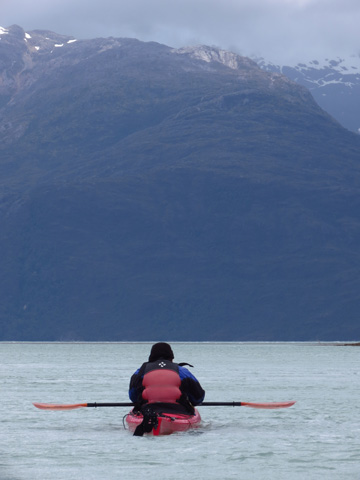 We drifted through the burned barren landscape of the lower Pascua in an unrelenting heavy mist. Roberto knew of a military camp nearby that was headquarters for the Carretera Austral’s continuing construction into the frontier. We walked to the lonely encampment and found a plain-clothed sergeant. Soon, we were sitting in the empty mess hall eating spaghetti with hot dogs, contentedly sipping Nescafe out of the rain. Staring at maps on the wall, nobody could decipher the route Chile had planned for its national southern highway. Pinched between the southern Patagonia Icefield and the Pacific, real estate was running out. The officer assured us that the next point of land was their goal. Further orders were a matter for the future. 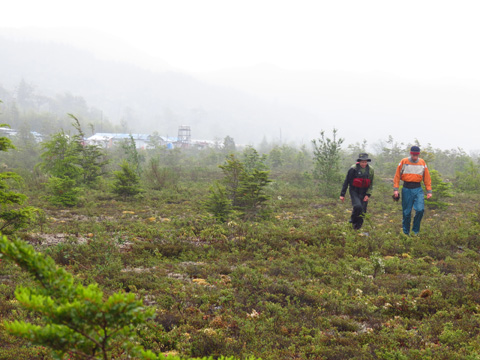 Back into the soaking mist, we floated in search of camp. Instead, a homestead appeared on river right. A man strolled across his yard under an umbrella. Minutes later, five wet paddlers surrounded the wood stove of Rafael and family. After setting up our tents in the yard, we settled in for an evening of Chilean TV (via satellite), mesmerized by the raunchy humor of an improv show beamed across the wilderness from a city two thousand miles away. 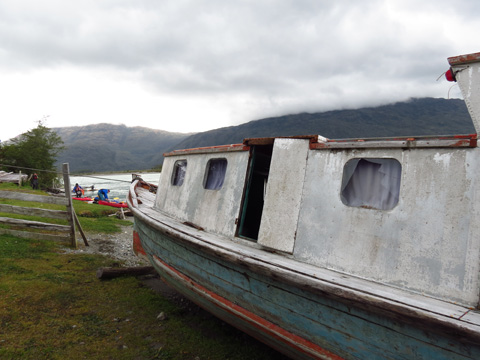 The rain stopped by morning. We floated the final few miles of the Rio Pascua, skirting breakers where the current met the sea. 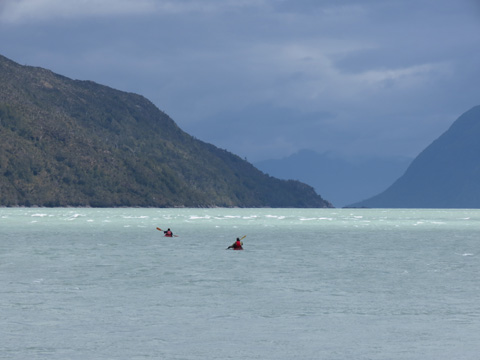 A crippling headwind funneled up the fjord. The shoreline crept past at less than one-mile-per-hour. We pulled into a cliff-bound cove where we could rest without being pushed backward, and where our voices could be heard over the whistling wind. Following a quick discussion, we probed around a bluff hoping for salvation, and found it. Weston gave a cheer, and we followed him in to a sheltered beach. 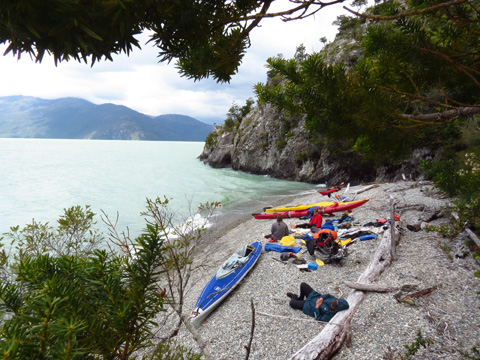 I don’t know if the wind diminished or we just got sick of waiting, but we set off again in late afternoon. Our goal was to clear Glacier Point, where the wind would no longer be funneling straight against us. Fighting the oncoming waves, we got strung out. Each of us was engaged in our own epic battle to make headway against the rolling sea. Sighting the other boats was difficult as they bobbed in the swell, and turning to look for them was precarious, distracting me from the relentless waves. 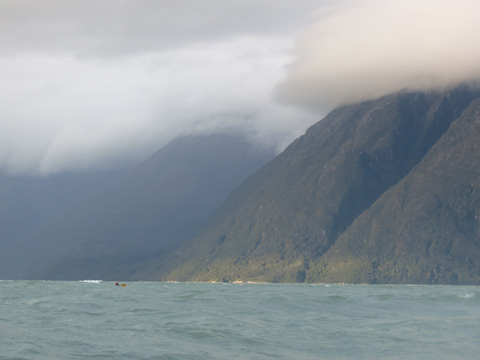 Glacier Point crept past, and for the first time in hours I could stop paddling. Rays of sunlight beamed through cloud cover in the west. Floating objects in the distance glowed with an unnatural blue, luminesced from within. My mind worked through the possibilities for several seconds before it came to me—Icebergs! To my relief, the rest of the team cleared the point safely, and we pulled into camp beside a bobbing berg at twilight. If the winds cooperated, we would seek the source of the floating ice chunks in the morning. 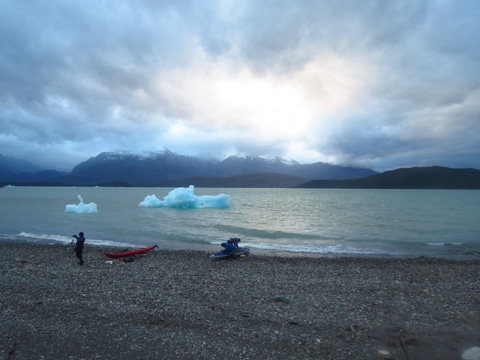