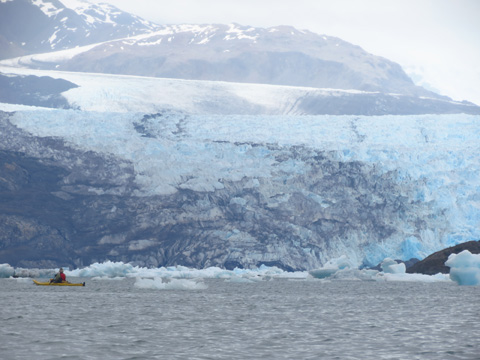 The Jorge’ Montt Glacier is an extension of the Southern Patagonian Icefield, and like many glaciers on the planet, this one is in recession. We paddled deep into a curved bay littered with sculpted floating ice, encouraged onward by the promise of sighting the icefield. It finally revealed itself—nearly ten kilometers farther up the bay than my 1997 map indicated. 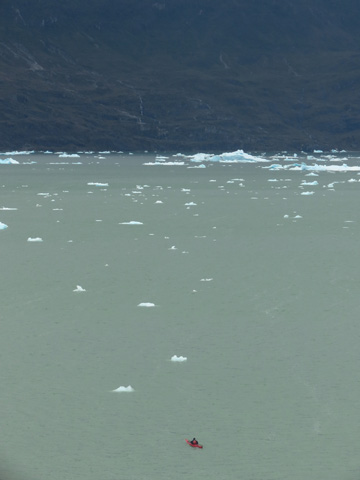 A cold breeze coming off the ice chilled us, and a squall was approaching. Lisa and Roberto got a fire going while Weston and I erected the mega-mid, and Diana collected wood. After fifteen minutes of struggle, we had a meager shelter and a growing fire. It was another hour before everyone was warm. 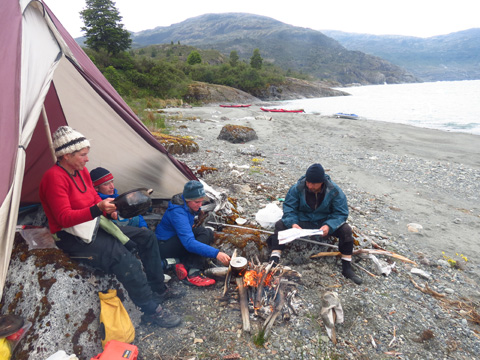 Light winds allowed us to reach a perfect gravel beach that was sheltered from the Northwesterlies. This was Isla Clara, indicated on our map by name, but not shown as a land mass. By dark, everyone was rested and ready for an early start in the morning. Diana had a flight leaving in three days. We needed to reach Tortel in two. If the weather cooperated, this would be no problem. 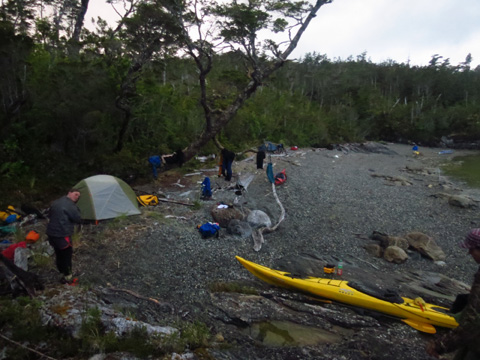 I awoke to wind flapping the tent at 2 am. Rain followed, and when I crept out at daybreak I found the tide lapping at rocks twenty feet higher than the previous evening. Roberto was stoking a fire. He had awakened to one of the kayaks scraping on the rocks, floating. Neither of us had to say anything to acknowledge the gravity of this close call. Seas peeled by the outside of the island, like a river rolling past with whitecaps from shore to shore. I went back to bed. 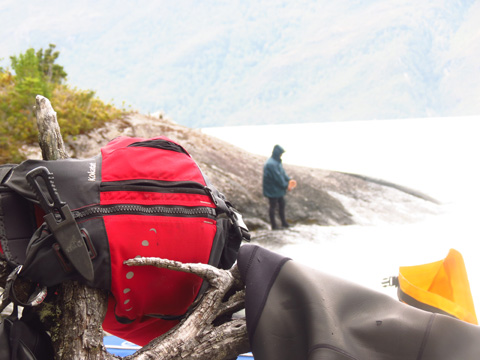 By late morning the storm had passed but the wind continued out in the channel. Weston and I went for a scout, bushwhacking over moss ledges and wading through ferns to reach an overlook. The shoreline of Isla Carla appeared navigable, but after that things got spicy. A point formed an obvious eddyline, beyond which a channel roared with big waves. If we could make it across that quarter-mile crossing, safe harbor could be found in the lee of the next island. We returned to camp to deliver the encouraging news: We had one big ferry ahead of us, but another sheltered beach was within reach. 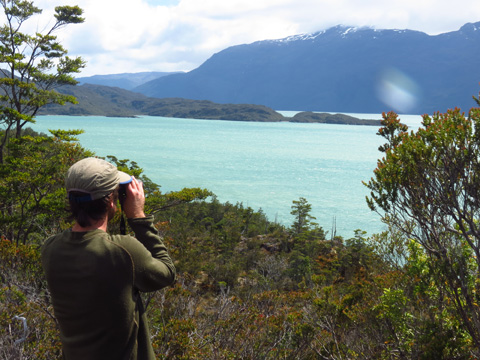 We gathered at the point and went over the plan. Lisa would lead. I would sweep. We had to reach the lowest beach on the far side. If anyone missed that landing, they’d be off down the channel. Lisa peeled out and immediately started losing ground. Wave-spray whipped past and she disappeared behind the swells. When I could see her at wave crests, it was obvious that she was paddling hard, a pace she couldn’t sustain for long. I peeled out paddling with as much pace as I could bargain, occasionally pausing to brace when the biggest rollers came past. 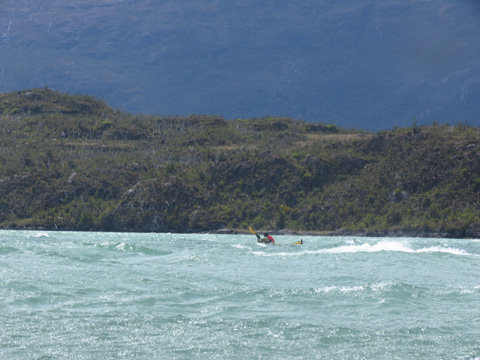 After several minutes, the wind began to slacken. We were starting to reach the shelter of the next island. Although we all made the crossing with room to spare, the ferocity of the wind and the size of the waves only re-invigorated our respect for the conditions. Exposing ourselves to open water in this wind was pure lunacy.