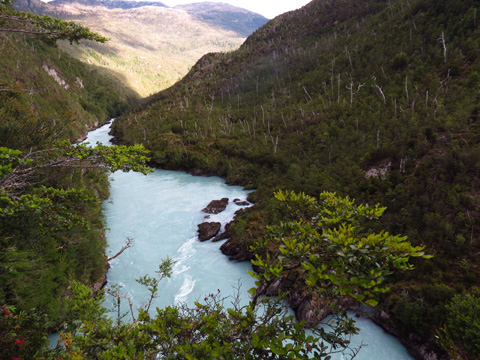 Today, the Carreterra Austral—Chile’s southern highway—ends at the Pascua River, a mile past the home of Hernan Guelet and family. Physically, the road continues on the other side of the river, but with no ferry service travelers are at the end of the line when they reach the mighty Pascua. We stopped here, too, for a look around at the proposed Pascua dam site, and share thoughts about what lies upstream. 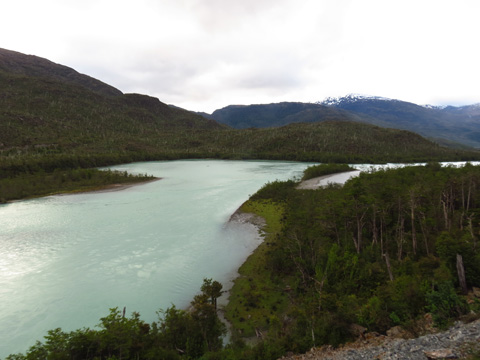 Draining the huge inland waterway of Lake O’Higgins, the Pascua plunges into the Andes over Niagra-esque waterfalls before snaking into a deep hidden gorge. In the history of whitewater paddling, only three parties have probed into the Pascua canyons. The first descent, in 1999, was led by paddling icon Josh Lowry. Lisa and I ran Arizona’s West Clear Creek with Josh the season prior to his landmark exploration. During that trip, he talked about the mission daily, smitten with the adventure. His excitement was justified. Following a turbulent flight over the canyon to scout, they hired a several-hour boat transport out of Villa O’Higgins, to the end of the lake. From here, it was three days of heinous portaging and hairball paddling before Josh’s team emerged in the Quetru Valley. They planned to paddle and portage their way north across lakes and swamps to the new road along the Rio Bravo, but they ran into Hernan Guelet instead. In his skiff, Hernan motored them for 40 miles to Tortel, where they faced another skiff ride of twenty-plus miles up the Baker River to a jeep trail, which led a couple miles to a road. The Pascua is remote whitewater. The late Russell Kelley and Damon Miller took on the Pascua next. Unable to afford the expensive boat ride across Lake O’Higgins to the river’s start, they hired a horse packer to drop them on a tributary that would lead them close to the Pascua put-in. It was a dry year, however, and the tributary was too low to float. They dragged their way downstream anyway, made it to the lake, and finished the Pascua’s second descent. Noted paddlers Tyler Curtis, Matt Gontram, and Mariann Saether used a floatplane to reach the river, and all went well until Mariann swam and lost her boat in one of the final rapids. In the section of river we looked down upon, where the Pascua bursts from a narrow canyon onto a wide floodplain, Mariann stayed with the swirling cold river rather than hiking along shore. The hiking is that bad. 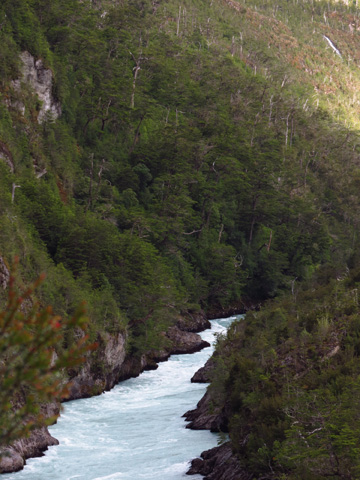 Three expeditions, three epics, this is a river of monumental proportions. To imagine that untamed place subdued with three dams struck me as more tragic than damming the much-publicized Baker. Like the American West’s Glen Canyon of the 1950s, nobody knows this place, and that does not bode well for its preservation. Right now, the proposed Pascua dam site is littered with drill holes, an unnatural road cut, and a dynamite shed bored into the cliff that is labeled defiantly with graffitti, “Patagonia Sin Represas.” 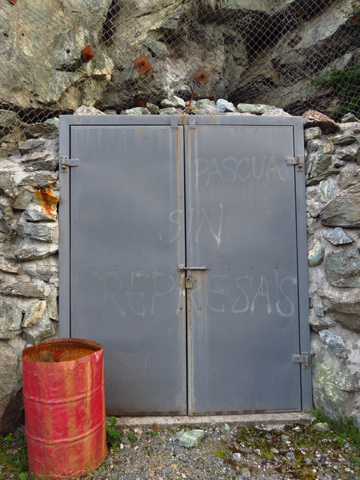