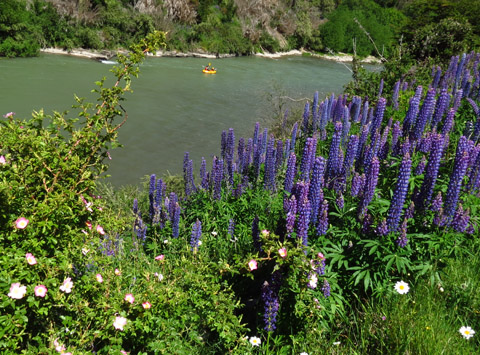 This blog brought to you by Funhog Press, with special thanks to Kokatat.

Our flight south from Puerto Varas to Balmaceda, Chile, was smooth until we descended into the lower atmosphere, and the Patagonian wind. Even after landing, the 737 jostled from side to side from powerful gusts, forcing passengers to grab the tops of seats lest they topple like toy soldiers in the aisle. 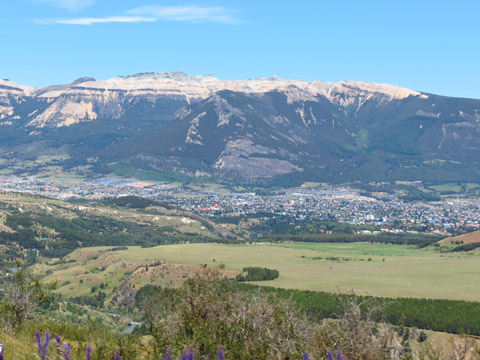 The wind diminished significantly by the time we reached Coyhaique, a city perfectly situated at the confluence of the Simpson and Coyhaique Rivers, just east of the coastal rain belt, with mountains in all directions. Our welcome base camp was the home of our friend Josefina Ruiz, with whom we ran the Grand Canyon last summer. She was not there, but we enjoyed the company of house mate Sara and Rodrigo Poliche, who was busy editing another of his films. 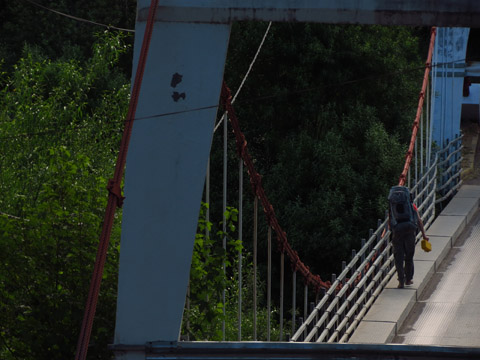 Both Josefina and Rodrigo are active with Patagonia Sin Represas, the movement to stop construction of five large dams on the Baker and Pascua Rivers. A major goal of our trip to Chile was to learn more about the issue, and see the rivers and the dam sites before they are lost, if it comes to that. Upon arriving in Patagonia, a billboard prominently presented the sin represas (without dams) message, depicting the 60,000 person march in Santiago that opposed the dams. 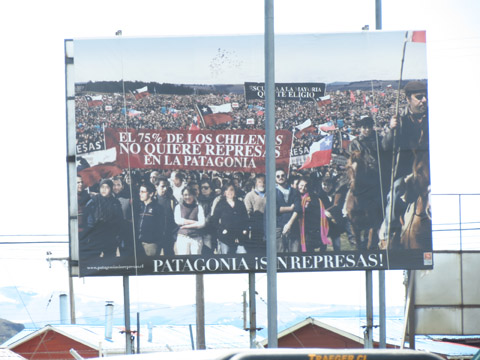 After getting to know the tourist / supply town of Coyhaique, it was time for more paddling, this time on the Rio Simpson. Just downhill from the city center was a bridge over a silty grey river fringed with banks of alder. It was 7 pm in mid-December. Coyhaique’s backdrop massif of fluted basalt burst out, highlighted in late afternoon sunshine. 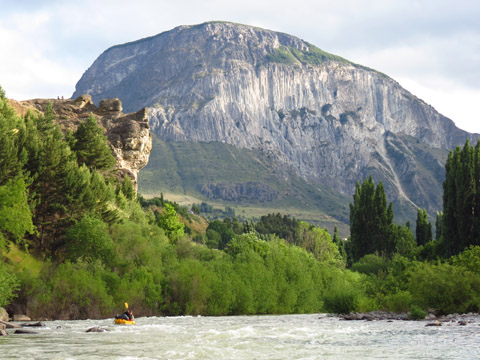 The Simpson tumbled over boulder bars, providing near constant action as we followed the river away from town into a long dusk. By the time we found a grassy bench on which to camp, the clouds were bruising pink as they flowed inland from the moist coastal Andes. 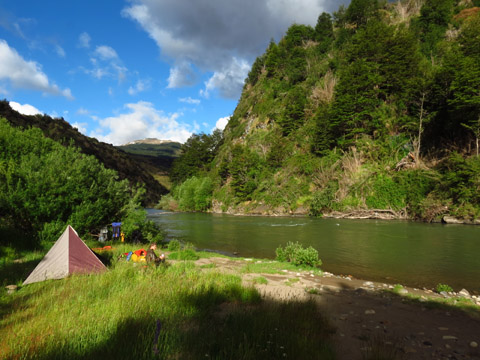 Morning brought our first taste of coffee in days, a real treasure here in Chile, where finding good bean can be challenging. Rocky bluffs plunged into the river, portending more rapids than we desired in our pool toy boats. Sliding over a steep shelf, we passed a turbulent backwash and re-grouped in a safe eddy below. Cliffs appeared. Our astonishment grew as the river twisted through a scenic canyon, drips of spring water sparkling as they fell through sunshine. When the gorge opened, fields of stunning purple lupine crowded the shoreline, creating a redolence of wildflower that challenged our grip on reality. 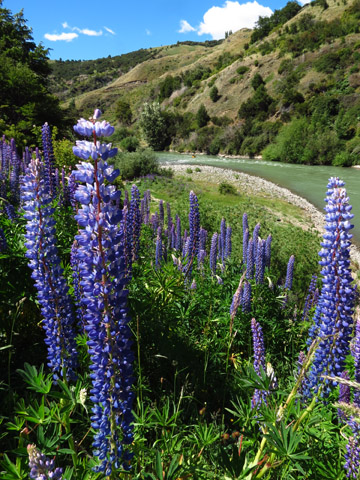 Too soon, a highway tunnel emerged from the mountainside ahead, signaling the finish to our descent of the unexpectedly spectacular Simpson. The third vehicle we queried with outstretched thumb made a U-turn to pick us up. The driver was happy to practice his English with us on the short drive back to Coyhaique, the confluence city. 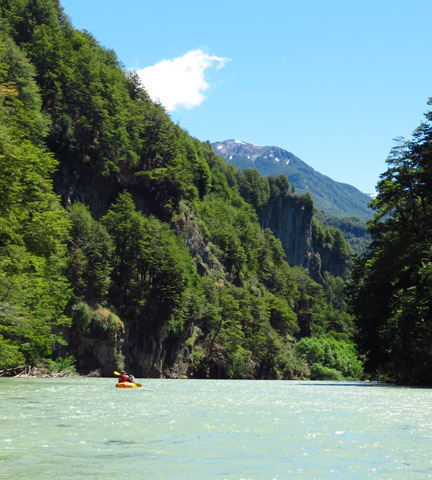