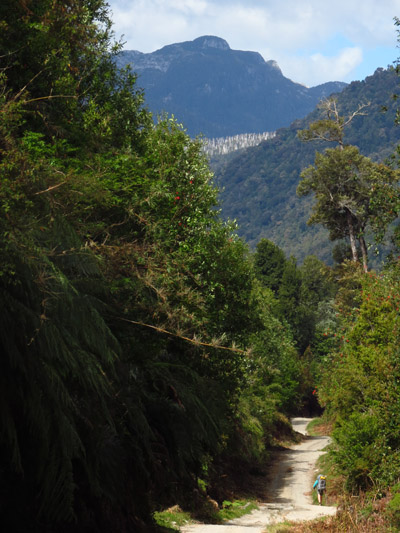 Our first surprise in South America did not come from the busy streets of Santiago; its tiny store-front auto parts stores, its sleeping street dogs, or its uniformed school kids laughing past. This was all typical Latin-American stuff. The last thing we thought we’d see, however, was a familiar Flagstaff face, but there she was standing in line for our next flight in Chile. Not only was our Grand Canyon Youth friend, Juliet, on our flight south, she was headed for the same town, and staying at the same hostel. We shared a cab, and later, a bottle of wine while overlooking Llanquehue Lake and the Osorno volcano. 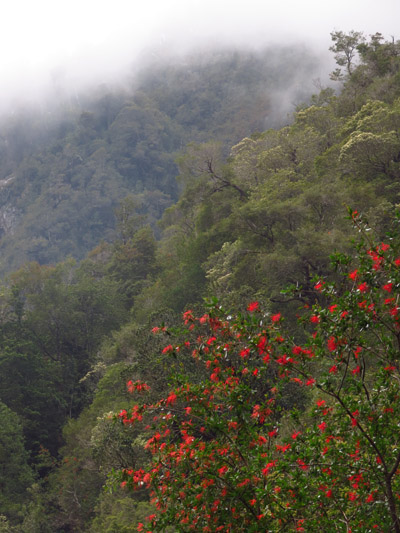 A couple days later, Juliet was on her way and we set off for our first adventure in the southern hemisphere. Past barking dogs and isolated homes among green pastures, we climbed a dirt road toward stunning steep green cloaked mountains. 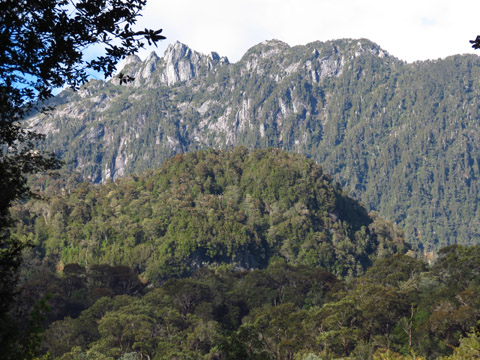 The forest caught me by surprise. Because the region mirrors North America’s northwest coast in many ways, I reasoned that tree species might follow suit. Rather than the conifer dominant forests of North America’s west coast, however, the trees here were mostly broad-leafed. From afar, the scene resembled that of a tropical jungle, not a temperate rainforest. The dominant tree was the coihue, one of several Nathofagus species (a type of beech) that dominate Chile’s southern forests. There was also a madrone-esque species, something else that reminded me of northern California’s chinkapin, the manio—reminiscent of California’s rare torreya—and the sought after alerce, sometimes called the Chilean redwood. We were hoping to find giant alerces here, but a ranger told us the far side of the park was where the best groves existed. 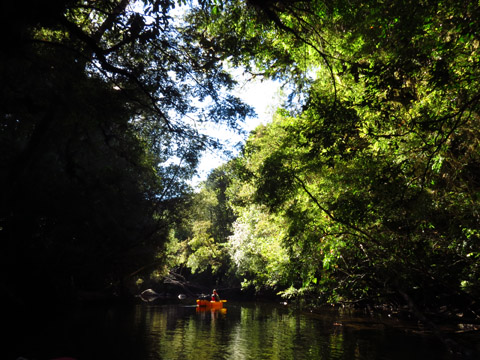 Beyond the trail, mid and low level vegetation was as dense as I’ve seen anywhere, true machete country. Fortunately we located a trail to the small Chaica River, and rigged our pack rafts for boating mode. 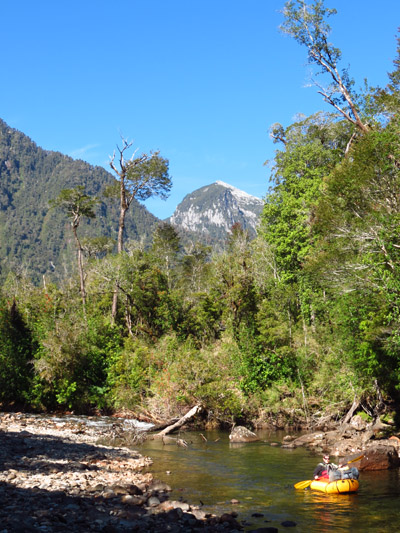 Rivers maintain a life of their own, and with our little boats we were granted access to that world. Clear spilling water, driftwood logs, drooping red flowers over the water, gravel beaches, splashy small rapids; it was all ours now. We paddled and drifted, circling to gaze back at knife-edge ridges splotched with snow, cutting incomprehensibly steep skylines above the upper valley. 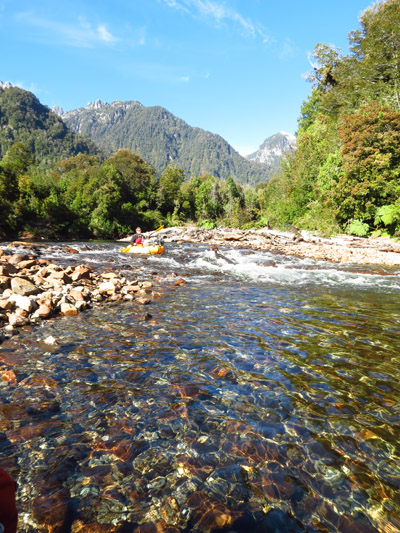 At a pre-determined take-out above a gorge, we reluctantly left the water to roll our boats and return to the world of traveling backpackers. It was time to walk, back to a rural bus stop for a return to town and soon, the next river.