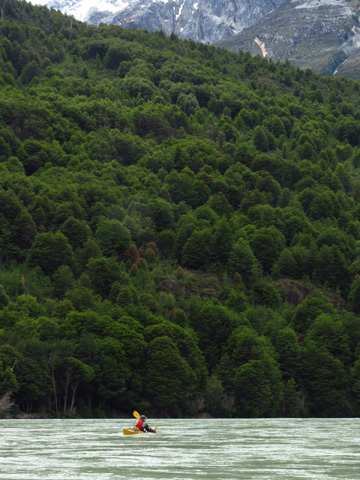 The river was swift below El Salton, with misty mountains rising all around. The Baker was now clearly on the wetter side of the Andes. Multi-trunked jungle-like trees, mostly beech, spread into a flat canopy of flowering and leafy deciduous that covered nearly vertical mountainsides. Waterfalls spilled out of the cloak everywhere. It could have been a tropical landscape, but a few thousand feet up blue and white glaciers filled saddles in granite peaks. 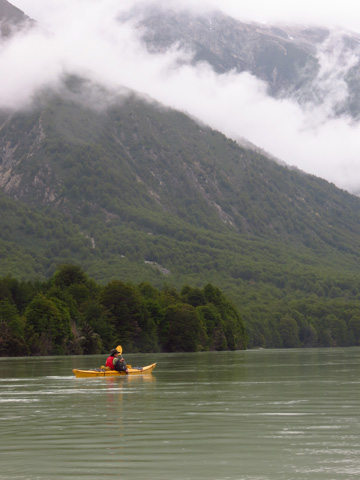 The “temperate” part of this rainforest became dreadfully apparent when a fresh blanket of snow covered the mountains above 2,500 feet. We packed hastily so we could get in our kayaks, our pods, and retain some warmth from a fresh breeze. 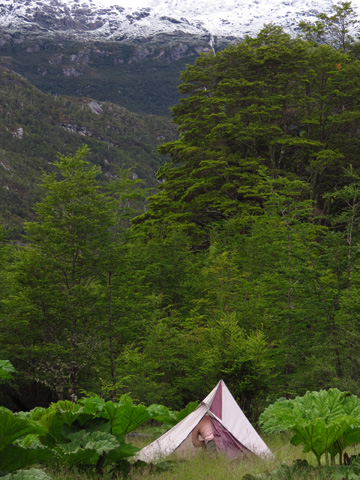 The sun emerged with perfect timing as we stopped at a beach ringed with lupine. 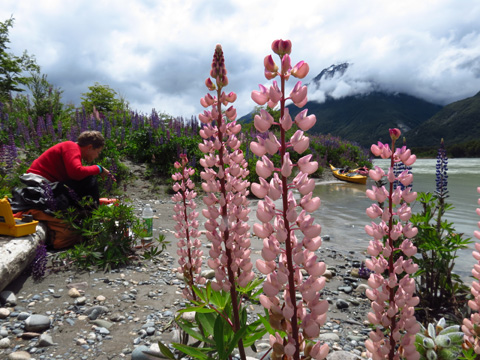 At the river mouth, squally weather accompanied us into the harbor town of Tortel, increasing to a cold wind and pelting rain as we docked. 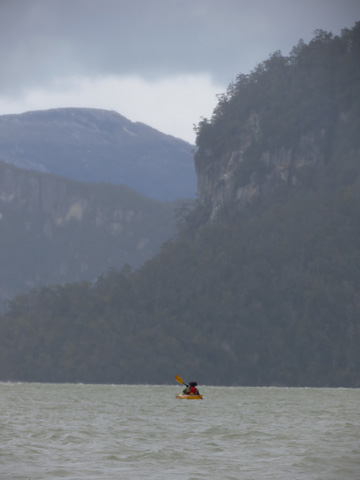 Searching for a room, Lisa quietly interrupted a back porch conversation with her room query, and the woman in charge responded somewhat curtly with words I didn’t understand. No surprise there. Lisa gathered her meaning, however, and laughed at her joke. In response to Lisa’s query of a room for two, the woman had quickly responded, “No, but I’ve got a room for three.” Minutes later we were shown our three-bed room, and we didn’t even have to pay for the extra bed. After a hot shower, I melted into the couch next to our host, Maria, as a hard rain fell outside. A young couple from Santiago were our housemates. We all shared a round of matte. 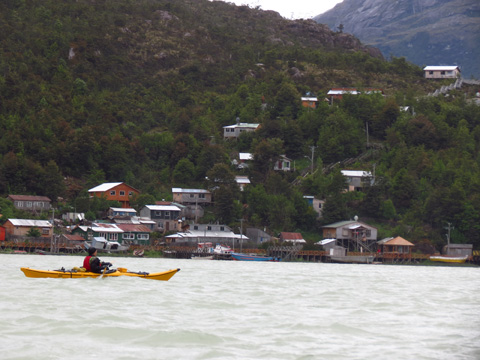 Chit-chatting in basic Spanish, the motivations for our trip surfaced as I explained my mission as a writer to investigate the issues of the proposed Baker-Pascua dams. I asked our host if she was in favor. She was all for it. Reliable lights, reliable power for Tortel, these were her motivations. When she stepped out, Nicco from Santiago sat near and offered his excited opinion, in English. “It’s all about maintaing control for the few families who own Chile,” he said. “The power is for the mines, not for the people.” 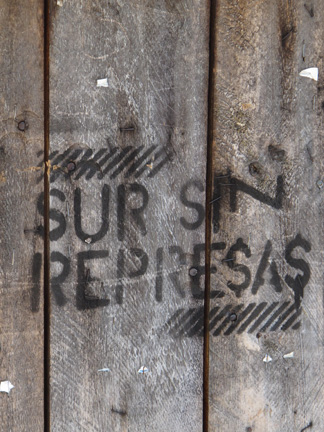 Energy created from the dams is in fact going to be converted to a transportable current for its long journey to northern Chile, and its mines of copper and gold. Whether little Tortel, only 30 miles downstream, will get any usable power is an unsettled question. Most likely, Hidro Aysen will throw Tortel a bone and run a usable line downstream, but even that seems unnecessary for such a small town. An upgrade to their current system, or a new small scale hydro development on one of the many waterfalls that encircle the place seems more practical for Tortel, a place that saw its first road in 2000, and whose power supply is indeed inconsistent and uncertain. 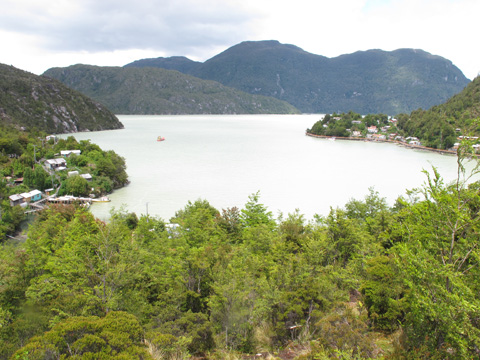