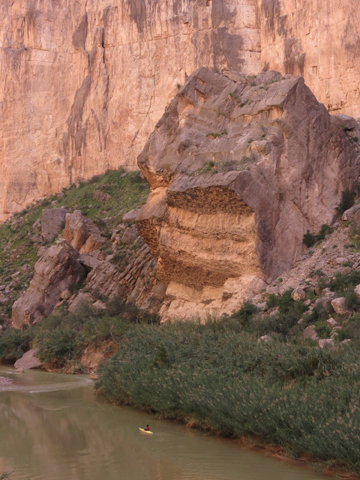 While September and October are months of perfect contentment, November brings the cold reality that our hemisphere is inexorably creeping from the sun’s embrace. Following the golden days, late fall is our comeuppance; drab and dark and just downright uninspiring. But there is a remedy. Drive south. Without even leaving the North American continent, one can find a few regions that are just about perfect during this season between seasons. My top choice: West Texas’ Big Bend country. 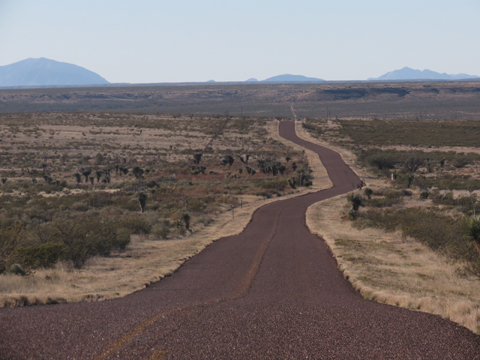 It had been twenty years since I guided raft trips on the Rio Grande in Big Bend, and discovered its isolated enclave of Terlingua, home to escapists of many things; winter, creditors, lawmen, mainstream America. The cultural clutter to which most of us have become accustomed does not exist here. There are no strip malls. There really isn’t much of anything. That’s exactly how folks here like it. 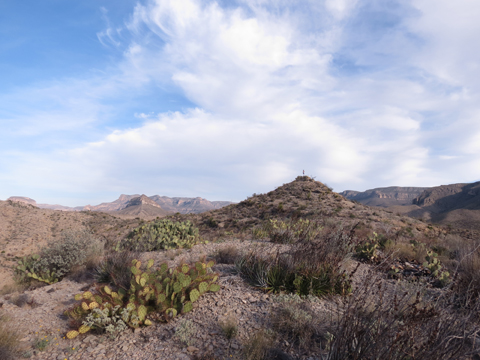 Our first mission was a two-day paddling trip through Santa Elena Canyon, the crown jewel of the Rio Grande in Big Bend. I recalled blister inducing days of my youth, rowing tourists through the canyon’s twenty-one miles on a meager 300 cubic feet per second of water. This time around, we took a leisurely 2 days, and enjoyed a robust 600 cfs. The extra water came thanks to Autumn’s tropical storms and resulting dam releases on the tributary Rio Conchos in Mexico, the primary water source of the Rio Grande through Big Bend. 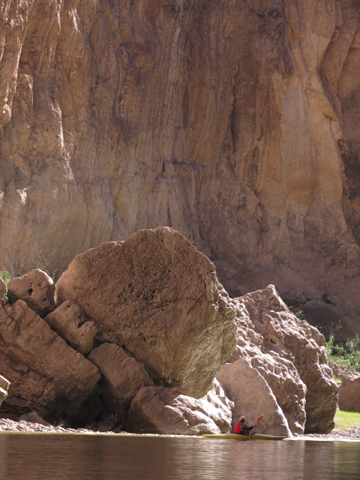 It was like completing a circle upon my return to Santa Elena. Memories flooded back with a tinge of embarrassment at my naivete then. The Rio Conchos was full of mystery to me in those days. Now, I returned to ride its waters after having visited its source mountains in northern Mexico a few years ago. My life is about connecting the dots—through time, across landscapes. Here in Big Bend country, there were a few dots left hanging, and they were called the Lower Canyons. 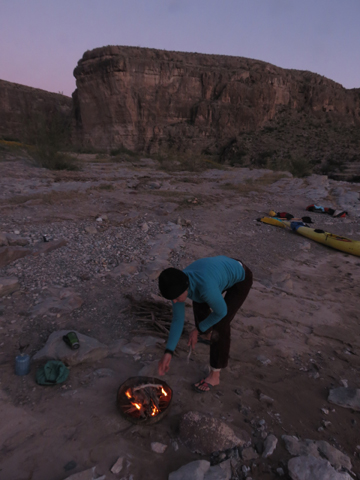 As the Rio Grande finishes its big bend, and turns once again easterly toward the Gulf of Mexico, it enters the Lower Canyons. This 83-mile section weaves through the remote Valley of the Robbers before entering an 1,000-foot deep limestone canyon. Hiking from the river corridor into the many side canyons usually requires hacking through spiny Chihuahuan Desert scrub. Once into the creekbeds, however, bedrock sidewalks lead to cathedrals of stone. 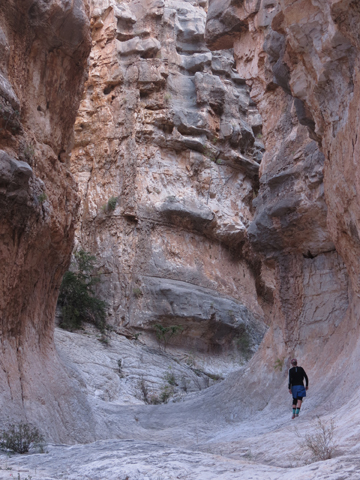 There is whitewater in the Lower Canyons. Occasional class I and II rapids break the monotony of long flat stretches, and at Hot Springs Rapid, a genuine class III+ awaits. It provided both Lisa and I a facefull. 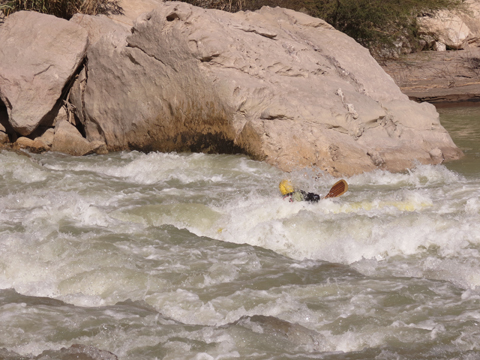 Sunshine gave way to solid grey midway through our 9-day trip, as a cloud shield invaded from the Great Plains. It was a depressing development initially. I wondered, did November find us? Once realizing that the temperature remained a near perfect 70 degrees both day and night, and the threat of rain was minimal, we adjusted to the new paradigm. It seemed to match the mellow grey mood of the canyons. 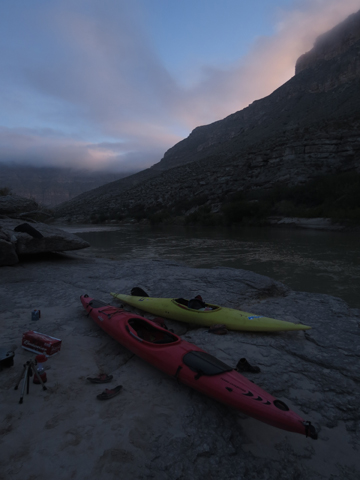 Combined with the warm cloudy weather, walls of invasive river cane drooped over the water to produce a tropical feel. The grasses grow into twenty-foot tall jungles that line the river for long stretches, virtually forcing paddlers to remain on the narrow corridor of water. 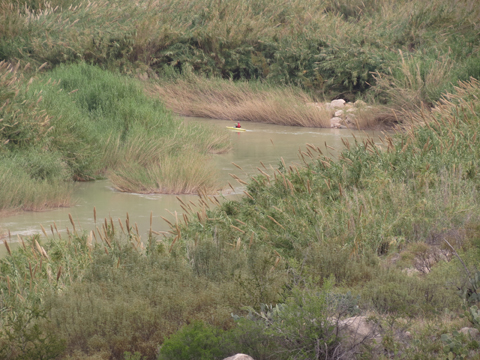 Campsites varied from grassy meadows to rocky ledges to open beaches. We thought we’d found the perfect flat clay beach until eyes shone just beyond our fire’s glow. It was a raccoon, and it was bold. Despite our threats and mis-thrown rocks, it persisted to creep into our space, even pawing at a bag within our open-sided tent. We tucked all food into hatches, dropped the tent walls to the ground, and grabbed driftwood clubs to sleep with. In the morning, Lisa discovered a freshly chewed tear in her drysuit, which had been tucked inside her pfd and weighted with a rock. 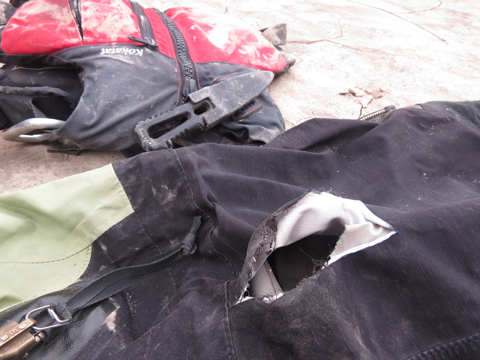 Fortunately the drysuit wasn’t imperative in the mild weather. After the clouds finally produced a night of heavy rain, it was almost steamy. We entertained ourselves all morning long by patiently making a fire with wet wood, then paddled the last few miles of the Lower Canyons to meet our most punctual shuttle driver Roy, creator of the Snake Days Festival in Sanderson, Texas. November was over, and it was time to return, back to America. 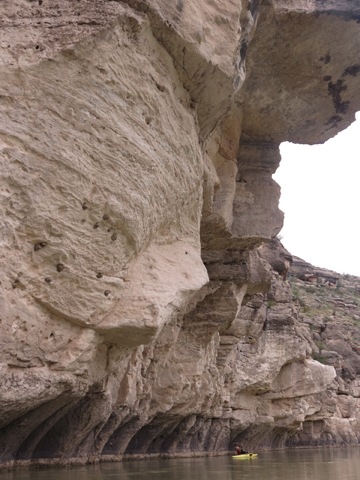