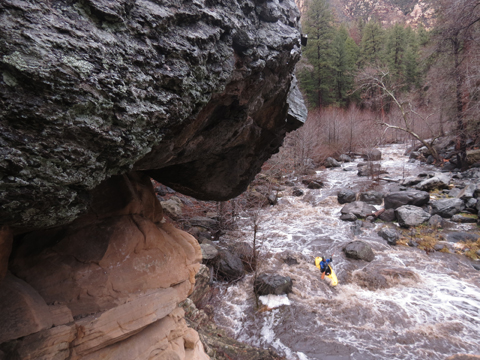 Pumphouse Wash is the headwater stream of Oak Creek, in northern Arizona. It runs through a narrow shady canyon that holds deep pillows of snow well into spring. Pumphouse been paddled a handful of times, always in March or April, when icefalls still cling to the sandstone walls and some drops are un-runnable because of snow bridges spanning the channel. At least that’s how it used to be. Mark your calendars, folks, because the climate that scientists have been warning of since the early 1990s has arrived. In 2015, the first January descent of Pumphouse occurred.  Even in the canyon’s darkest depths, there was hardly a pile of snow. 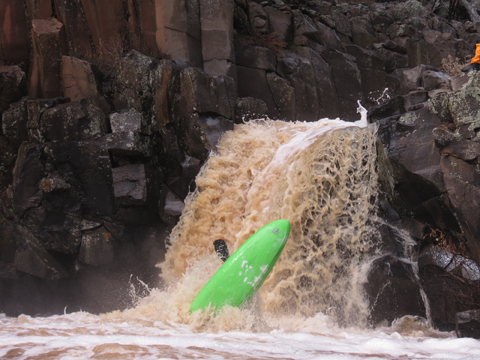 Following steady precipitation that fell as rain up to 10,000 feet, the Mogollon Rim’s meager snowpack came washing down, bringing life to rivers in the central and eastern parts of Arizona. 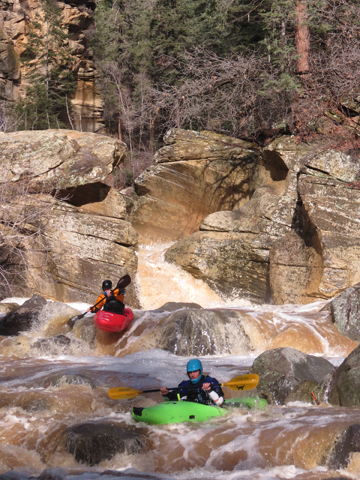 The late-January storm was the second runoff event of the month. Following both storms, teams of paddlers got on the rarely optimal upper Oak Creek, and schussed the rapids of Slide Rock among others. 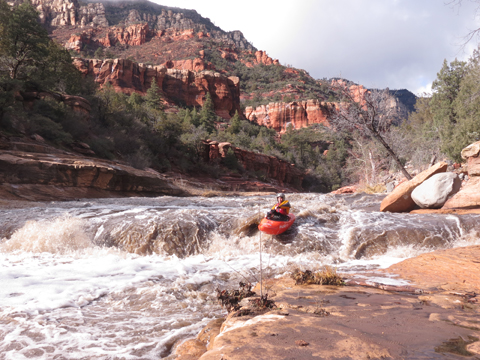 The Verde River saw groups of boaters over several days, with accompanying temperatures in the 70s.  No drysuit needed here. The bright sunshine and high water was a familiar treat, but in January? In Arizona, you take what you can get, whenever you can get it. 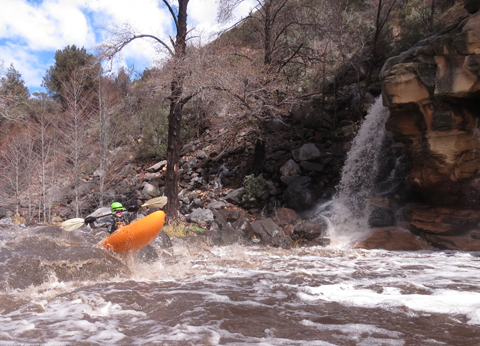 Normally, 9 days of paddling in January would mean the start of a stellar season. This year, I’m not so sure. Only patches of snow remain on the Rim as we head into a week of record high temperatures during early February. Maybe our well-watered January will be the beginning, and the end, of paddling season 2015. 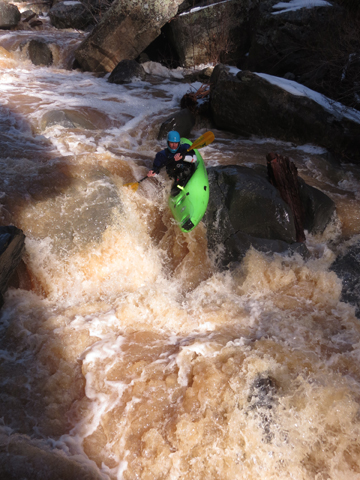 An optimist might think otherwise. The ground is saturated, and several weeks of the winter storm season remain. More than once, Flagstaff has recorded over 70 inches of snow during the month of March. Maybe that will happen this year. Or perhaps it will rain frogs. In these times, either outcome seems equally likely. 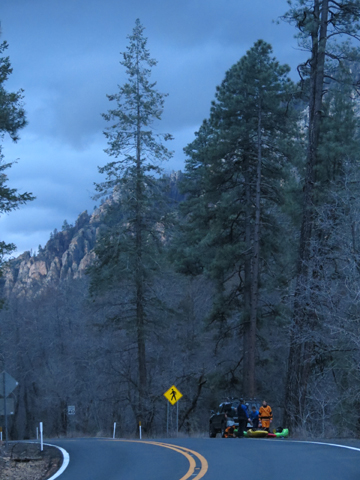