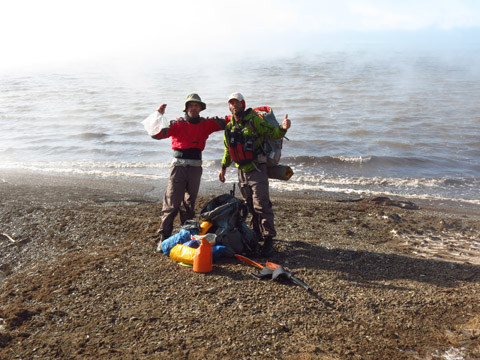 We planned on twelve days, and gave ourselves fourteen, so when we finished in ten and a half with only one day of lunch food left, we were plenty pleased to be ahead of schedule. After waiting on the weather for twenty-four hours at the start of our trip, we started out behind. Then include a landing farther afield than our proposed drop-off location due to high water that submerged gravel bar landing sites, and we were behind further. Two and a half days later, we remained behind schedule. I began to analyze “escape” routes out of the Arctic wilderness that might deliver us to an Inupiat village before we ran of of time, or food. As I scanned the map, I realized our entire trek was an “escape.” Altering our route might have saved a day or two, and then again, maybe not. 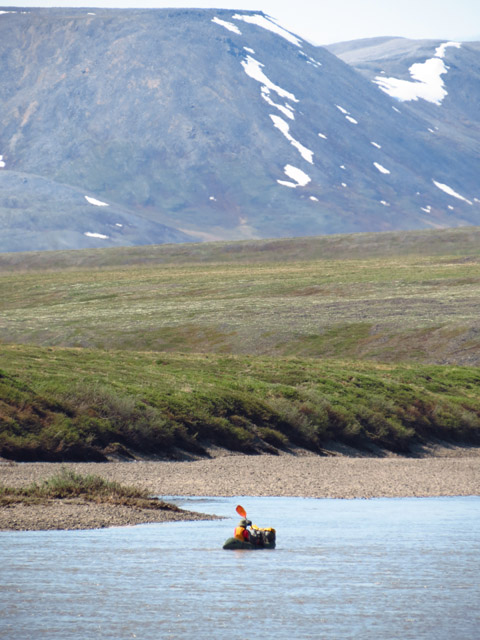 So, on day four when we disembarked the Kukpowruk River ahead of schedule, the relief was real. Our route would go after all. We just had to keep pushing. Camp was pitched at almost 10 pm that evening. Twenty-four hour daylight is a nice luxury to have when you need to make miles.

In the end, John Govi and I walked into the tiny village of Point Hope, Alaska a day ahead of schedule. The Lisburne Traverse—we’ll call it a success.

Much thanks to our sponsors who made it a heck of a lot easier to pull this little adventure off: Kokatat watersports wear, Osprey packs, Werner paddles, Sazzi sandals

*We did find a piece of fiberglass along the river, several miles upstream from the Kukpuk confluence on the Ipewik’s lower reaches. Whether it was from a plane or a canoe, we know not. Also, the Ipewik is a low gradient river, and natives almost certainly paddled upstream and down on hunting forays, for centuries. Although we might be the first party to travel this river from its source, and possibly the first outsiders to run it, we were hardly the first to travel on the Ipewik. 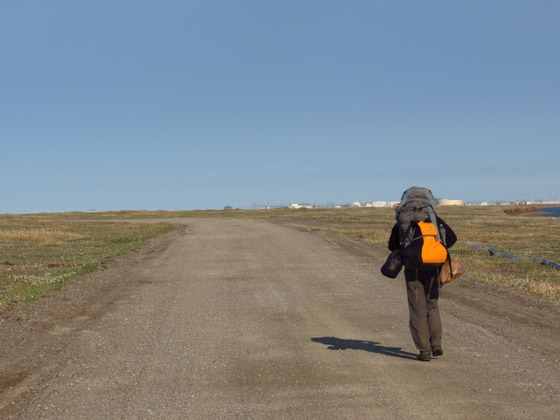