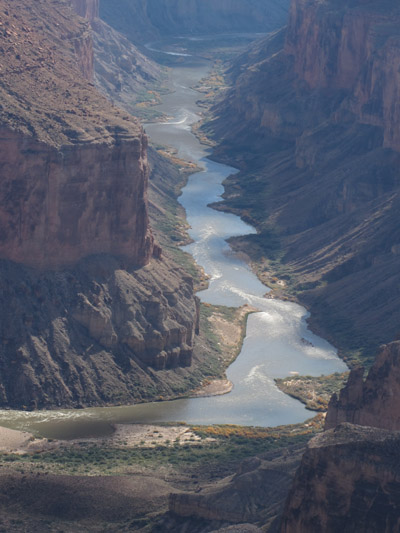 This BLOB brought to you by Funhog Press

I’ve never been one for speed runs. Scout the rapids, linger in camp, go for a hike, enjoy the view; this is my approach to river running—keep the stress low and the pleasure factor high. Despite this philosophy, I’m plenty impressed whenever I hear of non-stop descents that schush down whitewater rivers in record time. Lars Holbek’s 4 hours and 14 minutes on the South Merced blew my mind when he told me about it. After all, my partner Seth and I took two and a half DAYS to make that run! A couple years ago, Stookesbury and Korbulic’s one-day Middle Kings was even more astounding. The Lammler family’s blitz runs of Fantasy Falls, Royal Gorge, and numerous runs across Europe fall into this category too, truly an impressive and expanding realm of kayaking.

But for me, no thanks. So when Justin Salamon called asking if I wanted to join a three-day descent of Grand Canyon, my initial reaction was tepid, to say the least. And then he explained the plan. My ears piqued. We launch on a 37,000 cfs high-flow. We paddle two hours at a time between stretching breaks. We don’t paddle past dark. Ten miles an hour times eight hours a day is eighty miles a day, and we only need to make seventy-five. It still sounded a little sketchy to me, but possible. My boat, a 14-foot Prijon Yukon Expedition, would likely be going on the trip whether I was paddling it or not, and I don’t get offers to paddle a 3-day Grand Canyon trip every day. It won’t be an option for me after too many more years. “Okay,” I said, “Sign me up.”

THE TEAM
Justin Salamon’s whitewater pedigree comes primarily from Colorado’s Arkansas River. These days, he is a manager at Canyon Explorations here in Flagstaff. He is a certified rolfer, and he is in great shape. The Canyon blitz is his idea. He claims to only have three days off work. I don’t believe him. We have never paddled together. 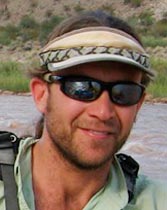 After cutting his whitewater teeth on West Virginia’s Gauley, Dave Dill now lives in Colorado on the Arkansas River, flies an airplane, and guides in Grand Canyon. He and Justin did a 6-day Canyon trip together two years ago. I’ve paddled with Dave a few times, including a first descent of upper Wet Beaver Creek’s Jacks Canyon. 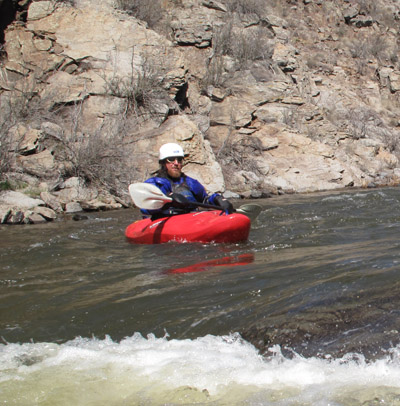 Harlan Taney is a locally-grown Flagstaff kayak hero. He will likely have the Grand Canyon speed record someday soon. He recently returned from Peru’s Maranon, where he guided blind adventurer Erik Weihenmeyer. Harlan and I have paddled together several times, not nearly enough.

Pat Phillips knows how to savor the river life, and will have to call on his Army Special Forces past to rally for the early morning launches on this trip. He is currently the leading explorer of Mongolian rivers, and operates Mongolian River Adventures there. We have shared many cherished adventures together, from Idaho to California to our Southwestern backyard. 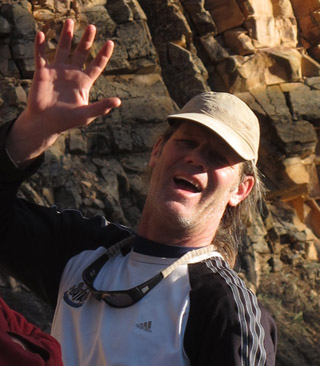 Tyler Williams once paddled 55 miles in a day, while fleeing from a street fight. That hardly seems an adequate resume for this endeavor. If he thinks the park rangers are after him, he might be able to pull off three consecutive 75-mile days. 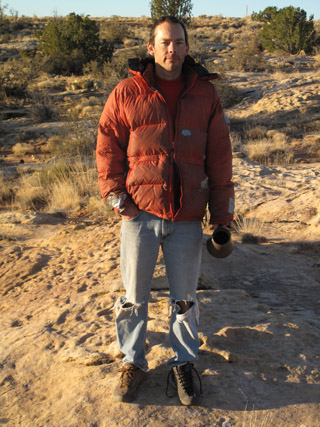