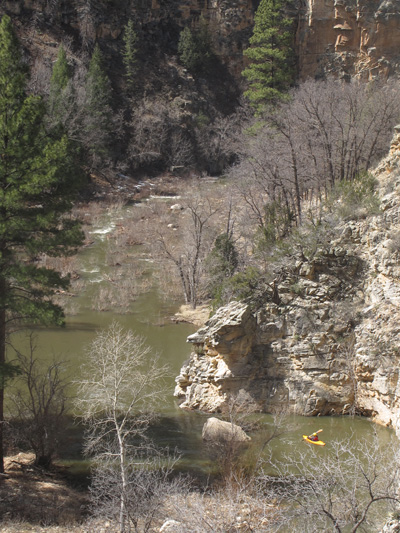 We were prepared, in theory at least, for a six-mile walk to the put-in, dragging our 80-pound gear laden kayaks every step of the way. Thank goodness not all plans come to fruition.

When it came time to turn off Route 99—windswept, potholed, arrow-straight, vacant, twilight-zone wilderness trap to unwary rental-car drivers; the perfect road—there was hardly a patch of snow in sight. Maybe we wouldn’t be hiking to the river after all. Following just one crux draw that required four-low to crawl across snow drifts, we found mostly clear roads to the rim of the canyon. Next question—is there water in the creek? Peering over the rim, our pensive gaze fell on a robust mountain stream, coursing at the bottom of a pine-clad limestone canyon. 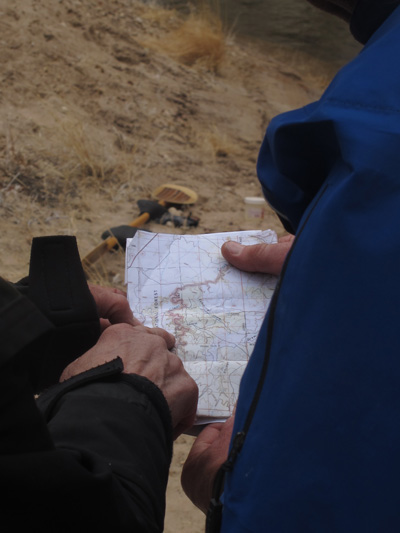 We camped by the bridge, startling awake at the unmistakable cries of a nearby cat. It snarled and whined from just beyond the reach of our headlamps. A mother lion, angry that we were blocking her route to the creek? Or a bobcat finishing its kill? We’ll never know, but either way it wasn’t the most sedative of sounds for slumber. “What’s our plan?” queried Lisa. “No plan,” I reassured. Minutes later the snarl sounds stopped, and I went back to sleep. 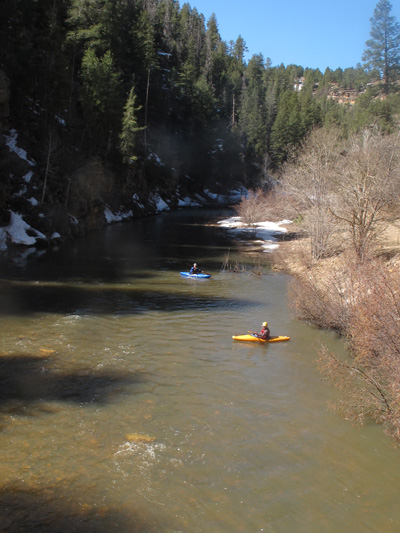 Following a deliberate pack-up, jamming five days of food and shelter into our boats, we floated away from shore on 400 cfs of cold snowmelt. The creek slid through avenues of willow and settled into open pools beneath bluffs of Kaibab Limestone and Coconino Sandstone, two layers that would accompany us for the next 80-miles. Oaks grew in arching clusters on flat river benches. Ponderosa pines cast an orange hue against a dark backdrop of Douglas fir. Two bull elk stared as I drifted past, finally deciding to trot ahead and cross the river. A cloud of dust hung in their wake, heavy with their odor. After lunch, three more elk moved up a ridge, and late in the day an old cow elk lay in the riverside sun, staring, too tired or uncaring to get up and run away. 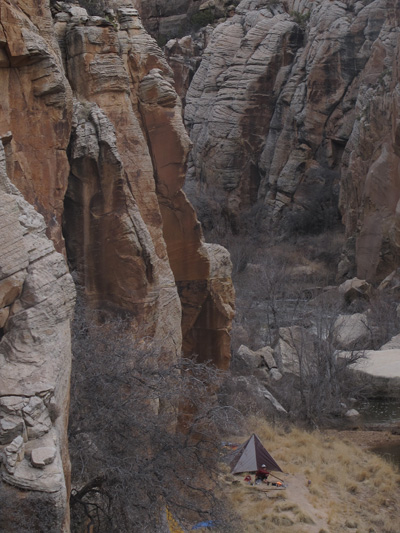 Morning brought cloudy skies, and much lingering around pots of coffee. After launching, finally, we made only a few canyon bends before Lisa spotted some wood wedged high in a limestone crack. A thirty minute scramble brought us to the airy ledge, where two juniper beams were placed, spanning a gap in the wall. An ancient game-hanging station? We continued downstream, our curiosity unsatisfied. 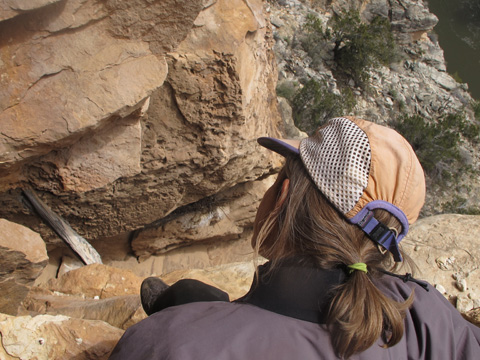 The confluence of East Clear Creek was a familiar spot. I’d stopped here before, to glance upstream at Willow Creek, and wonder what was there. Now I knew. Our humble stream was now doubled, about 1,000 cfs. Pines were replaced with juniper and mahogany scrub. The canyon deepened. 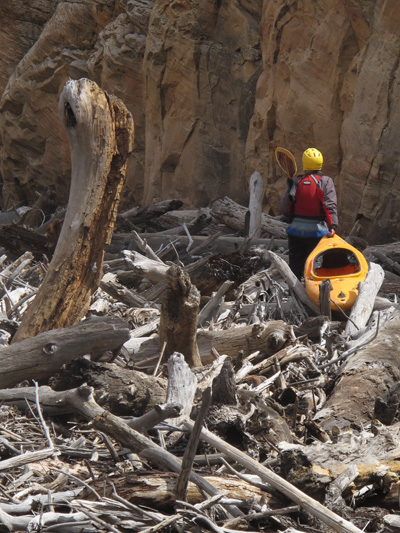 Looking up past limestone towers, Pat shouted from the rear, “there is a wall.” We pitched camp at the next point and started for the rim, where a neat stack of limestone blocks stood. A climb was required to reach the ruins, which stood isolated on an island pillar within the gorge. A defensive structure, no doubt, where 1,000-pound blocks of sharp gray rock had been lifted onto their edges to form low walls, and become tumbling trundle bombs if necessary.

Day three was an odyssey of sheer cliffs, etched petroglyphs, and adobe structures. We scampered to a two-story dwelling, where outside sunlight filed a narrow chamber cave littered with arrowheads. At the rear, Lisa crawled deeper into the cleft, certain that there was an escape route. Darkness turned her back, and we squinted outside, standing over metate bowls ground into bedrock two hundred feet above the creek. 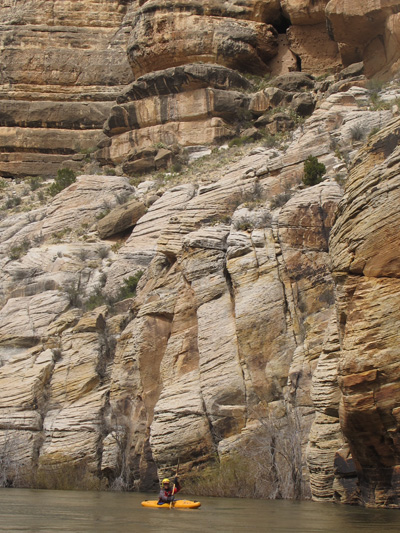 Whitewater gradually built as we wound north, with class III rapids that were complicated by full living trees growing out of the riverbed. At a large sieve rapid, Lisa saw a line, and steered beneath a tunnel of rock as Pat and I watched anxiously with throwropes in hand. 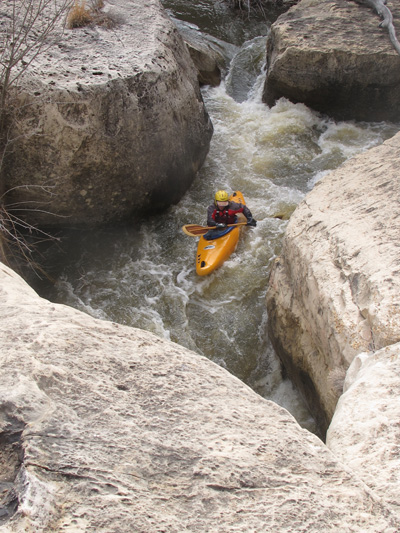 She cleaned it. By our last day, we eddy-hopped with glee through drops that were familiar, plowing through the final unportageable rapid secure with our knowledge from past runs. It was my third full descent of East Clear Creek, my first of Willow, and hopefully not my last of either.