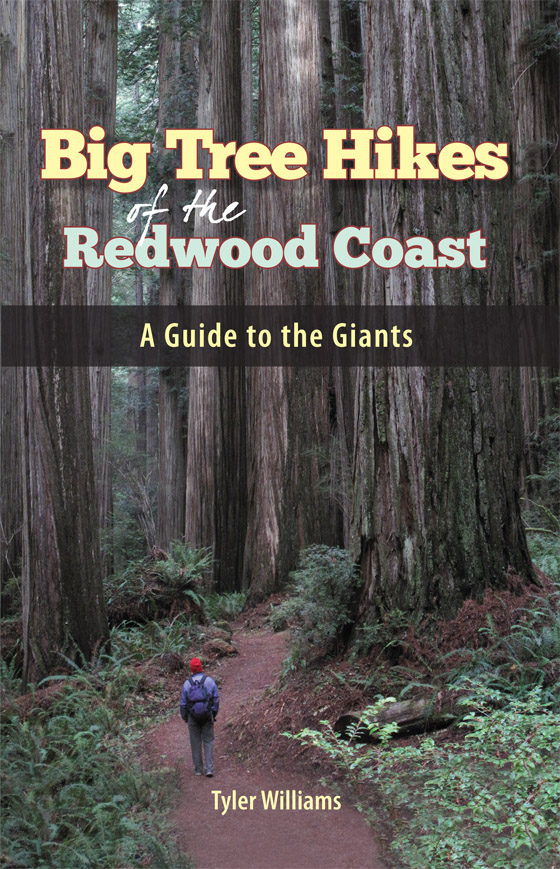 Loaded as my truck was with boxes of the new book, Big Tree Hikes of the Redwood Coast, I was slightly hesitant to commit to 40 miles of unknown dirt road. Interstate 15, however, was stop and go traffic snaking across the Mojave Desert, propelled by an army of hazed-out, Vegas-bleary zombies programmed for home in Southern California. I’ll take my chances with a wind-swept desert road any day. 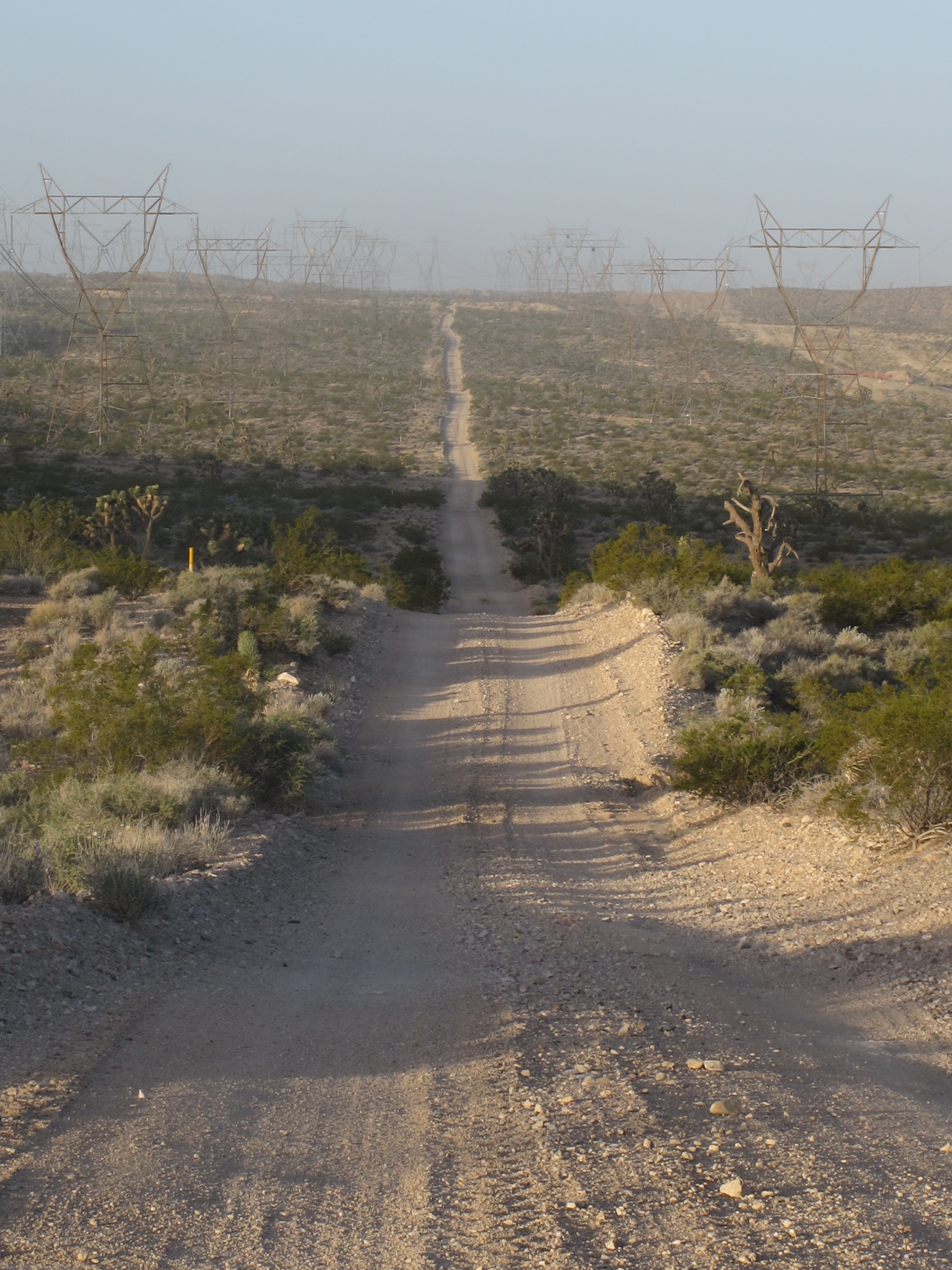 Following Henry Crabb’s escape route down the throat of Death Valley was more my speed, trailing a cloud of dust below the looming Panimant Range. Warm Springs Road was my planned shortcut through the range to the Sierra, but a worsening road induced a retreat to pavement, and the long way around. Escape from the desert’s springtime winds didn’t come so easily. Monoliths of dust tumbled across each valley, clouding the atmosphere in a smudge of brown. Desert winds are a peculiar animal. They can be relentless and grinding, unpredictable, gusty. But they can also soften and die in the lee of a mountain range, and this is what provided glorious respite for camp, on the slopes of the Argus Range.

Following a short stop at Sierra South and the Kern River, the sweet green hillsides of the coast were a welcome change from the wonderfully harsh open spaces east of the mountains. Climbing into the Santa Lucia Range, I found what ranks in the top-three of my all-time best campsites—three thousand feet directly above the Pacific! 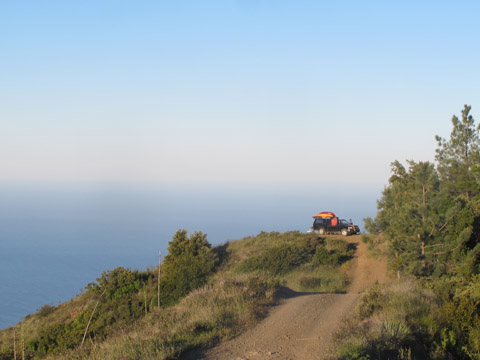 San Francisco was a change of pace from the lonely road. I happened to arrive on the weekend of 4-20, a date of celebration in the land of free thinkers. Golden Gate Park was a culturally iconic event, featuring thousands enjoying the sunshine with the aid of all things marijuana. Adjacent to the celebration, a youth soccer match took place without skipping a San Francisco beat. 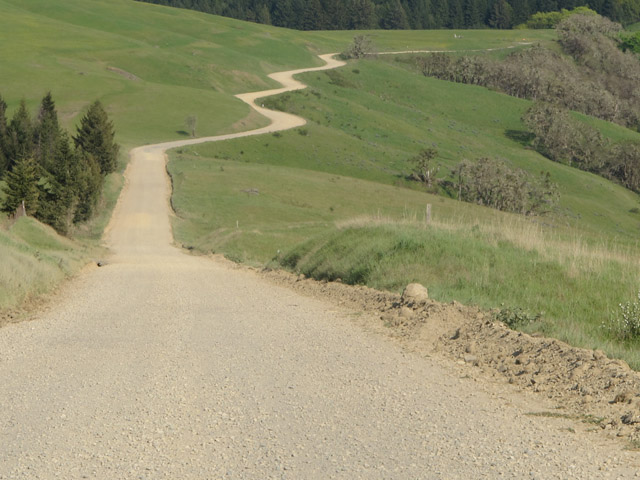 Out of the city and into the green hills of Marin and Sonoma counties, then through the forests of Mendocino, and finally to the redwoods of Humboldt County, I drove. Big Tree Hikes was well received, and is now available throughout the North Coast at tourist attraction and bookstore alike. 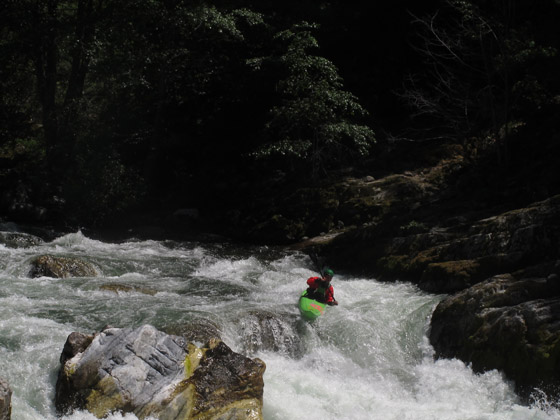 The Salmon River of California might just be the perfect river, clear and robust and laced with whitewater. I spent two days there, coinciding with the annual Cal-Salmon downriver race. We posted up at Cascade Rapid, where the most excitement was sure to occur. We were somewhat confused when the first racer came through without another paddler in sight. Later that evening, I recognized a familiar face. It was Jakub Nemec, who I had met in Corsica two seasons ago. Now things made sense. “Did you win, Jakub?” I asked. He replied with a sheepish “yeah, maybe.” His lead at the finish line was over two minutes.

After a stop to leave books at Ashland’s Mountain Supply, it was time to head south. Not yet sated with big trees, I blasted Interstate 5 to the southern Sierra, and the giant Sequoias. I was completely blown away. The trees are massive, and consistently hold more gnarly upper limbs than their coastal redwood counterparts. Perhaps another research trip to this mountain enclave of great trees is now in order. 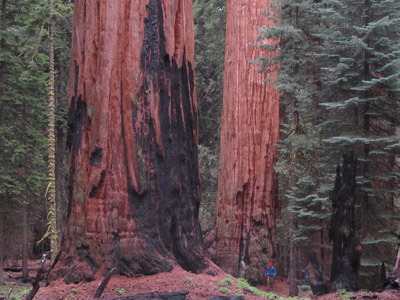