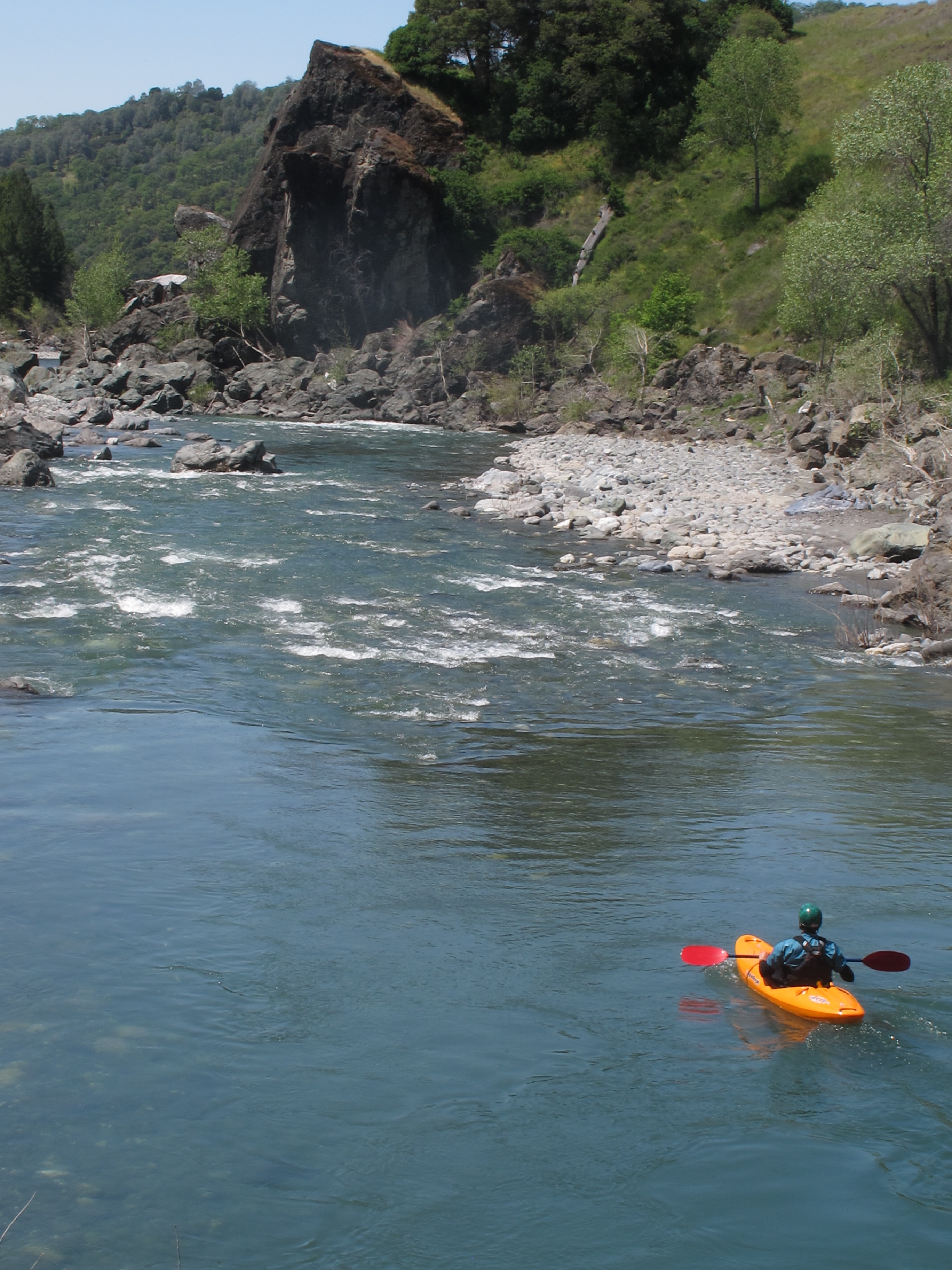 The rural two-lane curved and climbed through rolling slopes of green and then entered a copse of forest—oak and pine—before emerging suddenly on the rim of an escarpment. Below lay paradise. The valley was flat and perfectly green, with big oak trees scattered among lush pastures and small homesteads and neat orchards. In the middle of the basin was a village center, backdropped by layers of blue mountains, the highest of which held patches of snow. 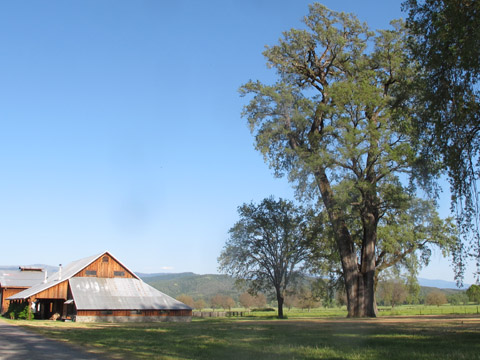 We entered the idyllic scene slowly, stunned in surreal silence. Our quiet was broken with the thrill of spotting a tree born of fantasy. Huge oaks thrived throughout the valley, but one dwarfed them all. The base was a dozen feet across. Twenty feet up, it split into two trunks that soared in equal grandeur, competing for the title of tallest. This tree, a valley oak (Quercus lobata), defied the notion of the stout and round oak, where most large specimens top out at 80 or 100 feet. The Round Valley Oak climbed and climbed, massive and spreading, to reign above the valley at over 150 feet. 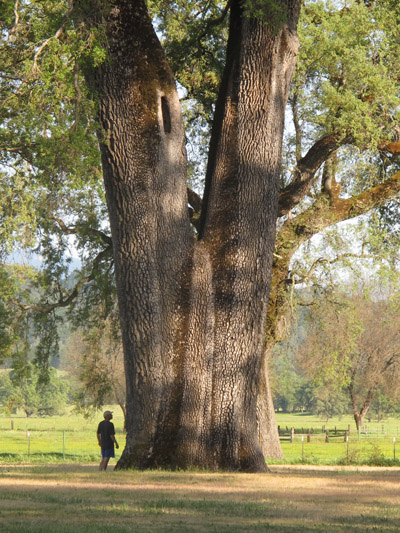 Into the dream hamlet we rolled, stopping at the market for final provisions before passing a quaint casino. Casino and quaint are two words that don’t normally associate, I realize, but in Covelo, California, even the gambling house presented an air of cuteness, or at least moderation. A portion of Round Valley is reservation land, a fact quite accurately explained on an historical marker at the top of the escarpment. “The first inhabitants of Round Valley were the Yuki, who resided here for thousands of years in harmony with their natural surroundings. In 1854, European settlers entered the valley.” It continues, “Conflicts escalated…additional tribes were forced on the property…In 1864, the government reduced the reservation by four-fifths to its current size.” A devastatingly honest appraisal of history, it was hardly your average roadside factoid. 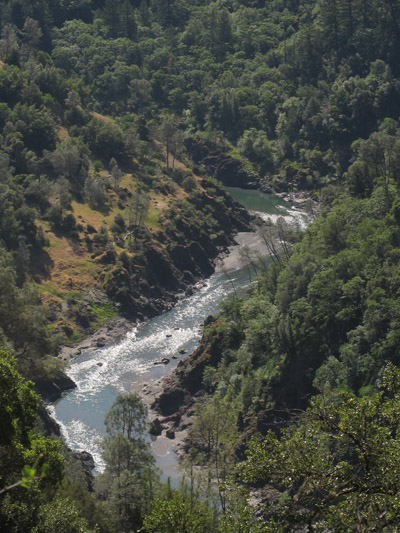 The Middle Fork of the Eel looked as stunning in its wildness as the valley did in it’s bucolic quiet. The river had intrigued me ever since reading Lars Holbek’s description of the place as somewhere “one can dream of British Columbian outback.” So when my friend Ravi Fry suggested we paddle it, I was all-in. Ravi, who once paddled some of the most dramatic rivers in the world from Nepal to Bhutan to Idaho, was re-entering the sport after a dozen year hiatus. The class II-III Middle Eel was a perfect rust-duster. 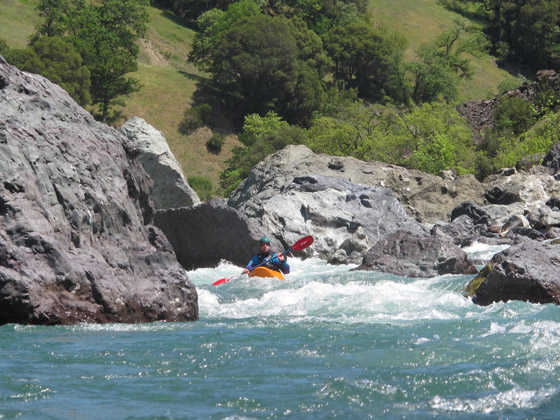 The water was clear pale blue. Deer scampered away at nearly every bend, and bear tracks covered most beaches. Dreamy green hillsides were dotted with bright spring green oaks. Shady slopes harbored lush forests of buckeye and flowering madrone, their sweet fragrance permeating our world. The whitewater was almost non-existent until the afternoon of day two, near notorious Coal Mine Falls. At 500 cfs, the sieve laced rapid was slow, a one-boof class IV+ with a bony lower drop. Pleasant rock dodging class II and III was the rule from here to the take-out at the main Eel. 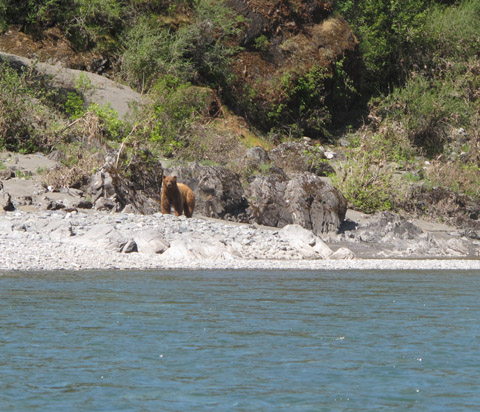 We drove back through the Round Valley idyll to the put-in, where Ravi received the sad news of Dave Allardice’s passing. Eerily fitting that Ravi, who paddled and worked closely with Dave in Nepal, would get the news as he re-entered the world of paddling. “We have a toast to drink,” Ravi said as he relayed the word that was spreading around the world through Allardice’s broad river community. Sipping bourbon, we sat beneath brilliant stars as Ravi told stories of Dave “Gasman” Allardice. The sound of the river hummed its forever song from the canyon below. 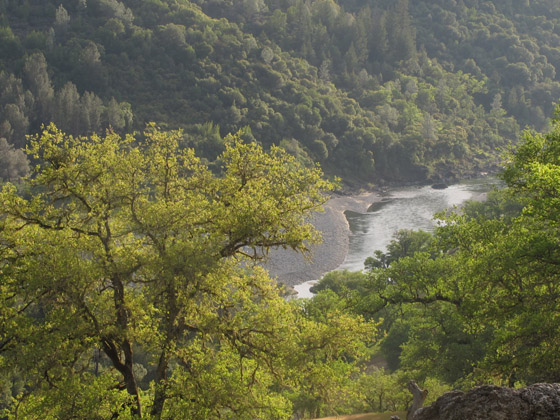